MICHAEL Qualls scored 38 points including 27 in the first half as NorthPort drew first blood with a 124-90 victory over Barangay Ginebra on Saturday in Game One of the PBA Governors’ Cup semifinals at the Smart-Araneta Coliseum.

The Batang Pier didn’t show rust from the 17-day break the eighth-seed team had after upsetting top-seed NLEX in the quarterfinals to take the early lead in the best-of-five semifinals series.

Leading the charge for NorthPort was Qualls, who had 17 points in the second quarter where the Batang Pier began pulling away from the Gin Kings in the game.

NorthPort also weathered the storm after a Ginebra third-quarter comeback where it was able to slice the gap to just one, only for the Batang Pier to respond late in that period as well as in the fourth for a lopsided 34-point win.

Qualls actually had a double-double as he grabbed 15 rebounds, and Garvo Lanete was also on fire in the second half and finished with 24 points. Christian Standhardinger had 16 points and 15 rebounds for NorthPort. 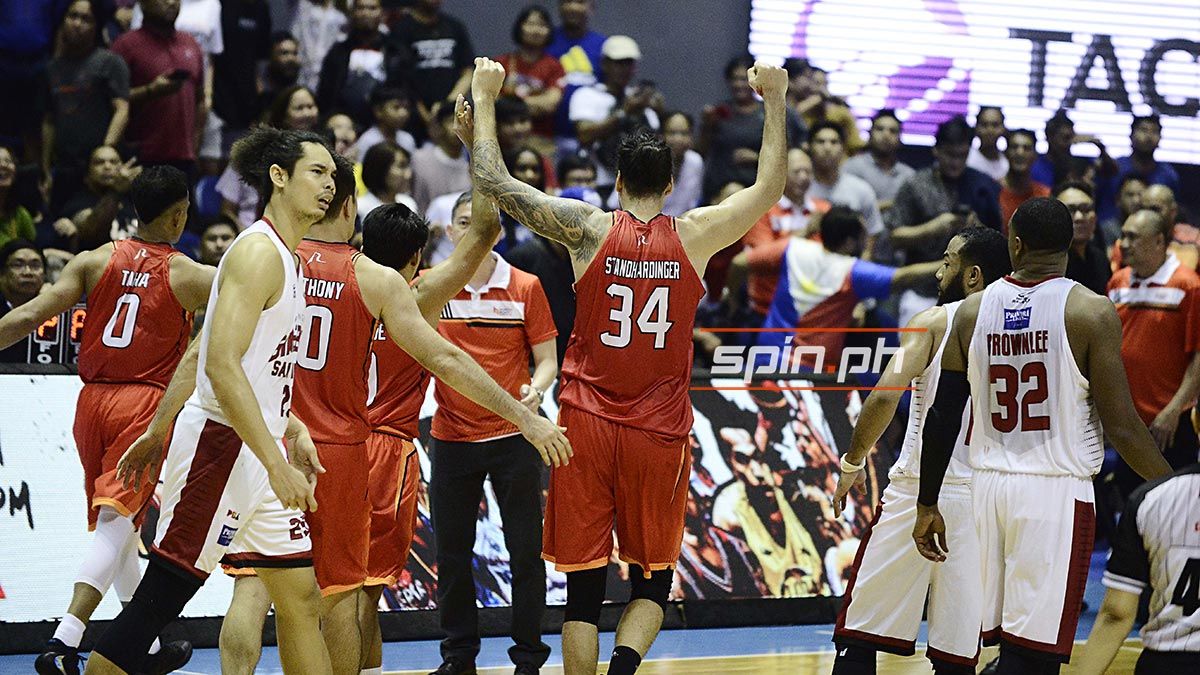 Batang Pier head coach Pido Jarencio, however, played down the win, saying the Gin Kings are still weary from the stint of the team’s core from the Southeast Asian Games where they played for Gilas Pilipinas.

Qualls led NorthPort in outscoring Ginebra, 31-17, in the second quarter with the import knocking down three triples in that period to take a 51-39 halftime advantage.

Justin Brownlee had 24 points and 19 rebounds and spearheaded a comeback with a triple bringing down Ginebra’s deficit to one, 63-62.

But Lanete capped off an 11-2 run with a three to increase the lead to 10, 74-64, to stop the Ginebra momentum. Lanete hit six threes, all in the second half, one that gave NorthPort a commanding 122-85 lead, the biggest of the game.

Stanley Pringle had 21 points in a losing cause for Ginebra, which lost on the 62nd birthday of head coach Tim Cone. The Kings will look to bounce back in Game Two on Monday at the Smart-Araneta Coliseum.