ROBERT Bolick scored a career-high 44 points as NorthPort overcame a 20-point deficit to beat Meralco, 101-95, on Friday night in the PBA Commissioners’ Cup at the Smart-Araneta Coliseum.

Bolick came up clutch in the final two quarters, scoring 22 straight points at one point to bring the Batang Pier back in the game before taking over in overtime despite battling cramps for much of the second half.

“Lumaban lang talaga kami. Hindi kami nag-give up. Ang sarap sa feeling,” said Bolick, who had to be attended to by NorthPort staff a number of times because of cramps.

[READ: NLEX rallies from 16-points down to deny Blackwater]

Bolick eclipsed his career-high of 33 points which he set during a game against Bay Area where the Batang Pier were denied a win by a Myles Powell trey at the buzzer.

Still, the Batang Pier are now 2-1 (win-loss) for the conference after the man who coach Pido Jarencio fondly calls 'Mr Clutch' produced the highest-scoring game by a local since RR Pogoy's 45 for TNT in a game against Alaska in the 2020 Clark bubble. 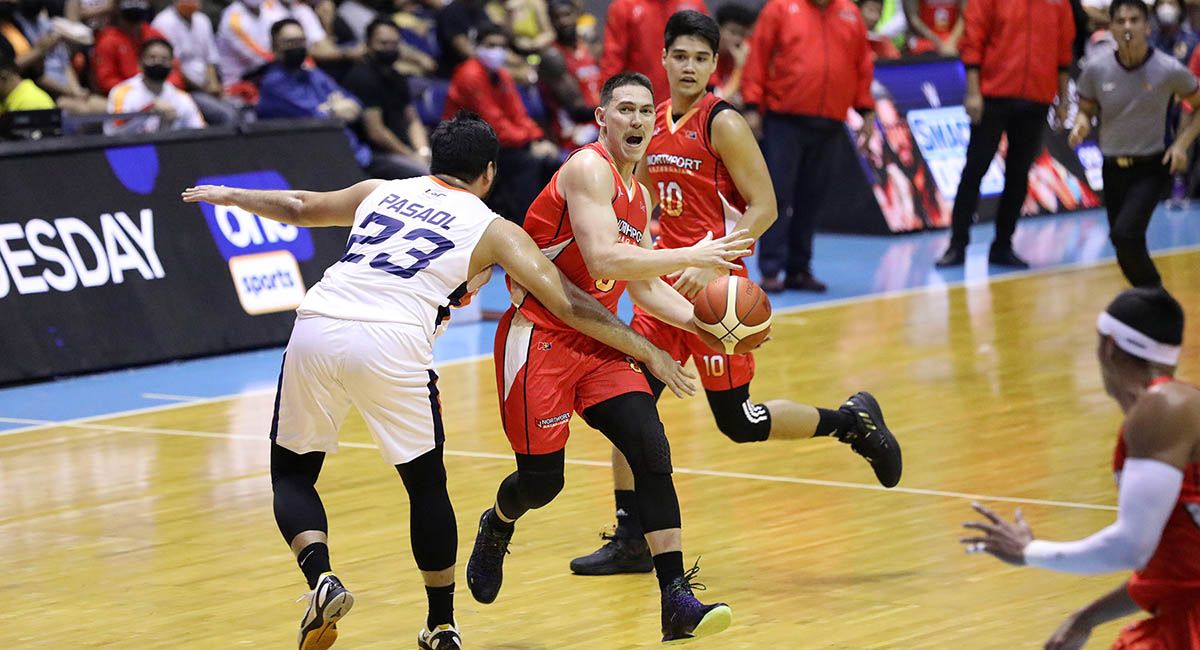 The 44 was also the highest output by a local player at NorthPort since Stanley Pringle, now with Ginebra, scored 50 in a 2018 game against Columbian (now Terrafirma).

NorthPort found itself behind, 67-47, in the third period and was still trailing, 80-68, before Bolick exploded with 17 points in the fourth period including two crucial free throws with 18.3 seconds to tie the game at 89.

Bolick nailed a three to start overtime and NorthPort never looked back.

Arwind Santos had 15 points including a three for a 99-93 lead with 1:19 left in overtime to seal the win while Prince Ibeh had 12 points, 11 rebounds, and eight blocks before sitting out much of the endgame.

NorthPort coach Pido Jarencio later revealed that Ibeh entered the league’s health protocols and only was cleared on the eve of the game.

Meralco also missed Chris Newsome for the entire second half due to an undisclosed injury. In his absence, Johnny O’Bryant led the way with 30 points and 22 rebounds while Raymond Almazan added 17 points.

But O'Bryant and Co. fired blanks in the fourth and overtime.