Slaughter, Bolick step up in OT as NorthPort denies Rain or Shine

NORTHPORT leaned on Greg Slaughter and Robert Bolick to hack out a 91-88 win over Rain or Shine in an overtime thriller on Sunday in the 2021 PBA Philippine Cup at the Don Honorio Ventura State University gym.

The Batang Pier proved steadier in extra time after blowing a chance to win it outright in regulation, snapping out of a two-game losing skid and giving their playoff hopes a major boost by climbing up to a 5-5 (win-loss) record.

The gutsy win - head coach Pido Jarencio's first in the Bacolor, Pampanga semi-bubble - also atoned for a heartbreaking one-point loss to Magnolia on Friday in which Calvin Abueva converted the winner at the final buzzer.

Slaughter clinched the win by blocking Gabe Norwood’s three-point attempt that would have sent the match into a second overtime, capping a 25-point, 11-rebound, six-block performance for the Batang Pier. 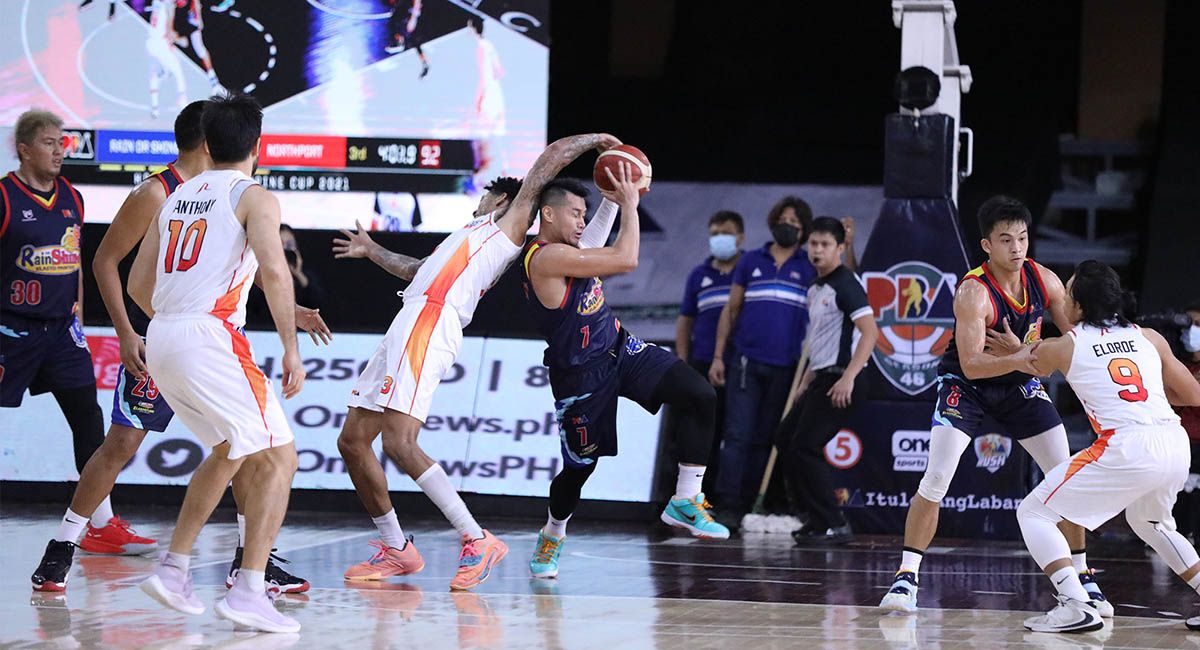 The seven-footer also scored on a putback that broke an 84-all standoff. Bolick then followed with a jumper that gave the Batang Pier a four-point buffer, capping a performance marked by 24 points, six rebounds, and seven assists.

“For me, it’s a total team effort. As professionals as they are, they just played hard. They want to win – Greg, Robert, and the rest of the guy hanggang sa dulo ng mga players, even the staff are cheering,” said NorthPort coach Pido Jarencio.

"They really want this win. We want to get back on track again," he added.

Rain or Shine ended the eliminations at 6-5. It currently sits in fifth place in the middle of a tight race for playoff berths.

Aside from the Norwood three that was rejected by Slaughter, the Elastopainters were also set back by James Yap missing all three free throws after being fouled by Jamie Malonzo with 5.6 seconds left in overtime.