COACHES come and go and the PBA is no exception because patience seems to be a rarity in the world of basketball nowadays.

Not in Meralco though as Norman Black is enjoying the trust and confidence of management over the past few years.

Black is one of the two longest-tenured coaches in the league under one umbrella – Leo Austria of San Miguel being the other – as he has been with the squad since 2014 following his transfer from TNT.

Black is repaying that trust over the past years through focusing on how to make the Bolts better each year.

“I’m so focused on Meralco and the company and trying to reward them for all their patience and sticking with us and supporting us,” said Black shortly after the Bolts' quarterfinal series victory over dethroned five-time defending champion San Miguel.

That patience of management is paying off as Meralco finally clinched a spot in the semifinals of the Philippine Cup for the first time in the 20-year history of the franchise.

Black, however, said the management’s decisions on acquiring players have also been a key to the success of Meralco in the bubble.

Last year, Meralco acquired Raymond Almazan in a trade from Rain or Shine, finally giving the Bolts a legitimate big man they’ve been missing ever since. 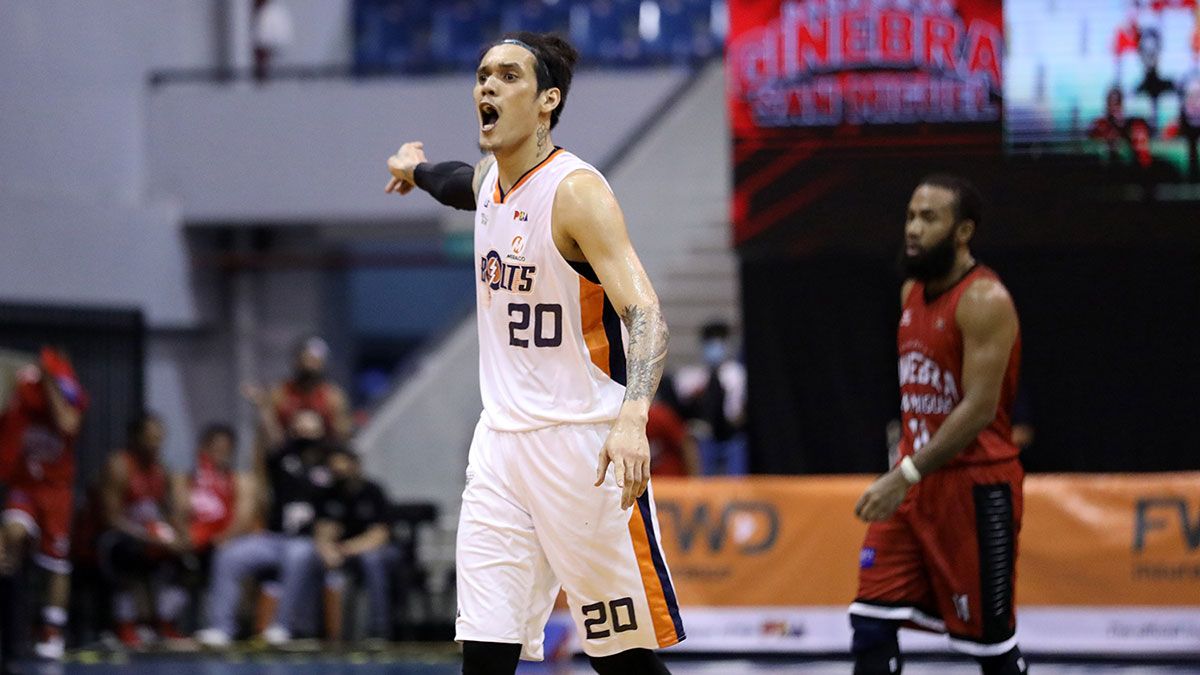 “Management has done a really good job this past year of increasing the talent level,” said Black. “The entry of Raymond Almazan makes a big difference because we always lack the big in the paint. He‘s been coming off a knee injury but at the same time, he’s starting to get better as the games go on.

The trade that sent Allein Maliksi from Meralco to Blackwater may not have made that much noise as the Almazan deal but the move gave the Bolts another source of scoring.

The Bolts’ decision to also pick Aaron Black in the second round, 18th overall in the 2019 PBA draft proved to be a gem as he finished in second in the statistical points standings for rookies in the bubble behind Terrafirma’s Roosevelt Adams.

“Allein Maliksi gives us a scorer so you add those guys (Almazan) along with Aaron, who's played very, very well this conference, we all of a sudden have a stronger team, kind of a team that could really compete and equip them with your starting five,” Black said.

The moves have led to Meralco setting up a date with Barangay Ginebra in the semifinals of the PBA Philippine Cup. The Kings have been a perennial nemesis of the Bolts in the finals of the Governors’ Cup but even head coach Tim Cone acknowledged that they will have an even more difficult time to extend their supremacy against their rival.

“I think the management has done a good job increasing the talent in the line-up and it shows,” said Black.
___