SMART CLARK GIGA CITY – With no proof that could pin down the culprit, the PBA is letting the 'luto’ controversy slide with an appeal and a warning.

Commissioner Willie Marcial on Tuesday reminded Meralco and the rest of the PBA teams to be more careful with what players, officials, and personnel say during games, warning that succeeding violations will be dealt with more sternly.

The Meralco team came under fire in the aftermath of the team’s 91-84 loss in Game 3 where a voice in the background was heard saying, ‘Ref, lutung luto to ah,’ during a dead-ball situation early in the fourth quarter.

Big man Reynel Hugnatan was shown on screen complaining about something to a game official just a few seconds after the words were uttered, leading netizens to pinpoint him as the offender.

But the 42-year-old Ilonggo, who was whistled for a personal foul and later charged with a technical for resenting the call, denied that it was him.

In the absence of a confession, Marcial admitted the league can't prosecute anyone since there was no video evidence or witness testimony.

Trillo did admit being warned by the league following the incident and at the same time, was told to be more careful with the actions of his team.

“Basically, he just told me to police our own ranks,” said the Meralco official when asked about the meeting. 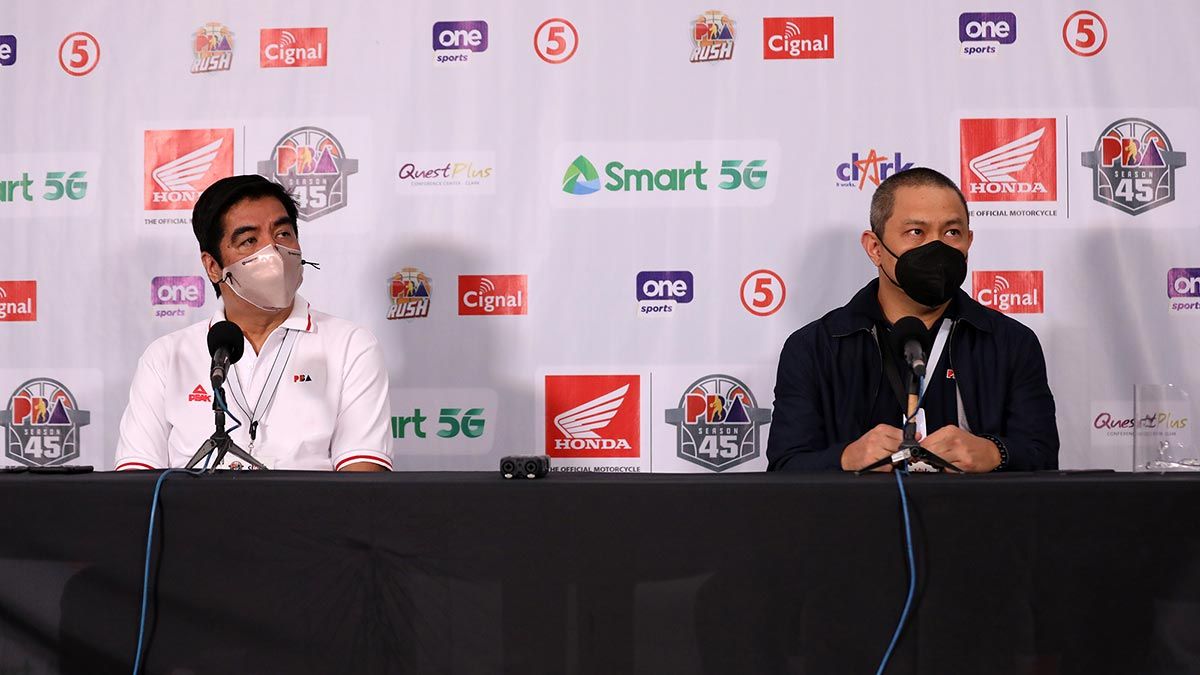 Marcial said the discussion centered more on teams being responsible for their actions.