MANNY Harris scored 10 of his 29 points in the pivotal third quarter on his way to a triple-double performance as NLEX topped Rain or Shine, 111-91, to gain a share of the lead in the PBA Governors’ Cup.

The NLEX import also added 12 rebounds and 11 assists as the Road Warriors upped their mark to 7-1, and has now tied TNT for the lead in the team standings.

Harris converted a dunk, part of a 17-4 start for the Road Warriors in the third quarter after a close 51-49 halftime lead, on their way to securing their fourth straight victory in the conference.

The Road Warriors continued their impressive play in a big follow-up to their recent victory that handed the KaTropa their first loss of the conference.

Rain or Shine dropped to last place in the team standings with a 2-7 card.

NLEX actually got into a slow start, trailing, 15-9, to start the game against Rain or Shine, which paraded another new import in Richard Ross. 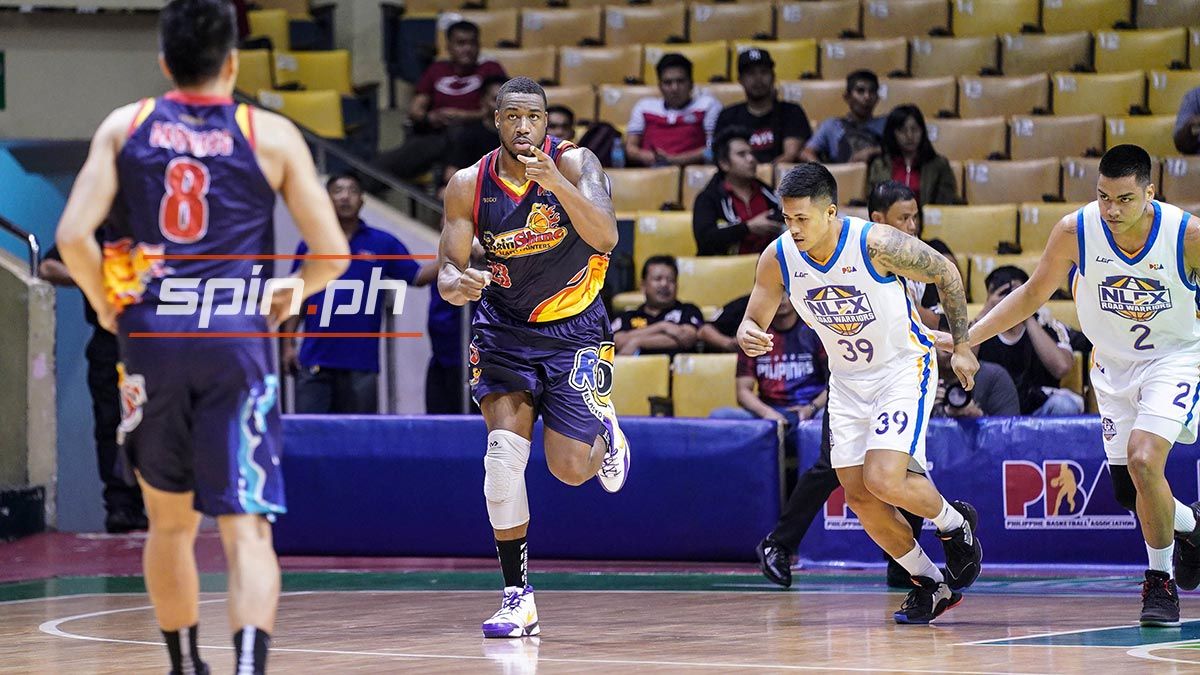 “Mabuti na lang we woke up in time,” said NLEX coach Yeng Guiao. “First half, I had some worries. Medyo nag-worry ako dahil iniwanan kami nung first quarter. We felt that we came into the game flat and we were not focused mentally.

“Rain or Shine is a dangerous team and I think that their import is the right for him. He got into foul trouble and if it hadn’t for that, we would have not built a lead,” said Guiao.

Jericho Cruz added 13 points, while Kiefer Ravena and Poy Erram had 12 points each for NLEX, which led by as many as 23 points in the game.

Ross had 20 points in his first game in the PBA, while Javee Mocon had 17 points for the Elastopainters, who also played without Rey Nambatac.