ANTIPOLO – Don Trollano made key baskets in the fourth quarter to lift NLEX to a 90-75 win over Meralco on Saturday in the PBA 47th Season Philippine Cup at the Ynares Center.

Trollano carried the load and scored 11 of his 19 points in the final period to contribute to the Road Warriors’ pullaway over the Bolts.

NLEX improved its record to 3-2 win-loss, atoning for its defeat against Barangay Ginebra last Wednesday in a game that had its tense moments.

Coaches Yeng Guiao and Norman Black were slapped with a technical foul for a verbal altercation in the third while Cliff Hodge was slapped with a flagrant foul penalty one in the fourth after challenging a lay-up of Kevin Alas. 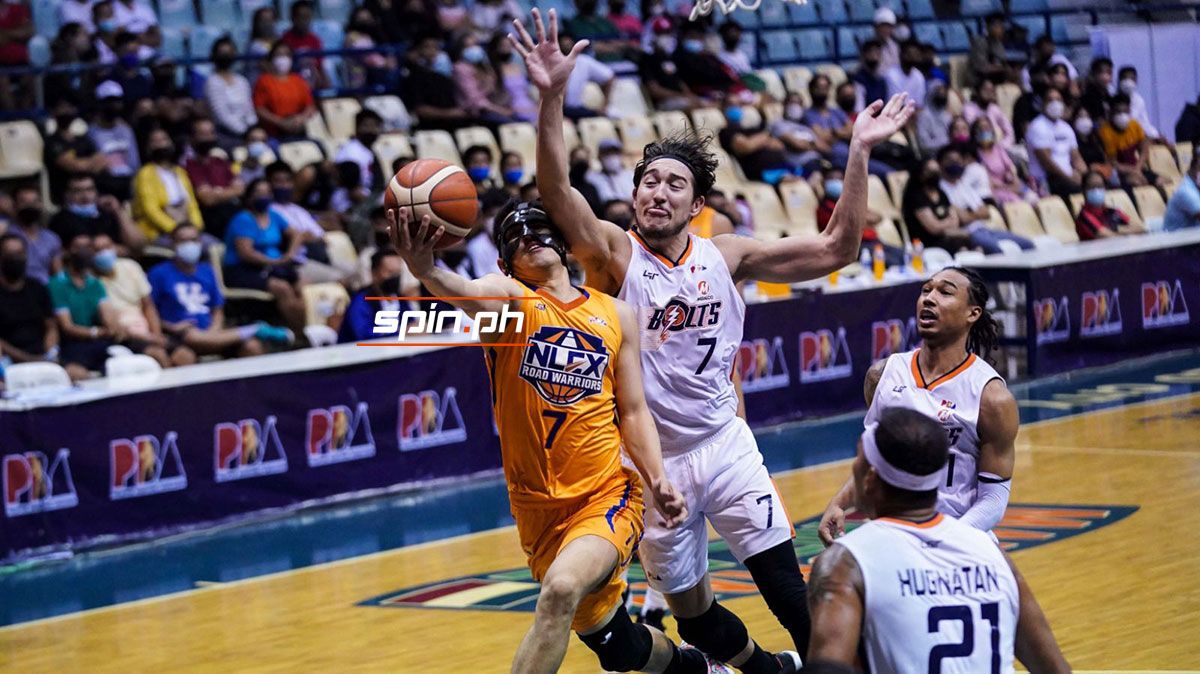 Trollano nailed a three to end an 8-0 run to increase the lead to 11, 78-67, with 5:59 left in the fourth. The former Adamson cager also scored six straight points for NLEX, and JR Quinahan drained a three for an 87-71 lead to put the game out of reach.

“Pumasok ‘yung tres ni JR and we made the stops. We were able to get three or four stops straight. Malaking bagay ‘yun,” said Guiao.

Justin Chua had 15 points and 11 rebounds, while Alas added 14 points and five rebounds for the Road Warriors.

Chris Newsome had 17 points for the Bolts as they fell in a tie with the Road Warriors with a 3-2 slate.