AN NLEX side that’s favored on paper, but still integrating a new import faces a lower-seeded Barangay Ginebra squad that’s peaking at the right time as their PBA Governors’ Cup semifinal series unfolds on Wednesday night at the Mall of Asia Arena.

The Road Warriors finished the eliminations behind only Magnolia, but had to make a major adjustment by introducing new reinforcement Cameron Clark in the playoffs after NBA veteran KJ McDaniels was forced to leave to be with his pregnant wife.

As a result, NLEX groped for chemistry and had to make full use of its twice-to-beat advantage against Alaska in the quarterfinals before dispatching the highly motivated Aces in the deciding game, 96-80, last Saturday.

The Gin Kings, on the other hand, looked a far cry from the team that recently won back-to back PBA titles, capped by their 2020 Philippine Cup conquest at the Clark bubble, as they finished just sixth in this regular season.

But Ginebra looks as if it has rediscovered its fiery form in the postseason, as evidenced by overcoming twice-to-win disadvantage against No. 3 seed TNT in a matchup that culminated in a 115-95 win in sudden death last Saturday behind Justin Brownlee, Scottie Thompson, and LA Tenorio.

“It’s been a trial trying to get everything back to where it was two conferences ago,” Ginebra coach Tim Cone said after eliminating the Tropang Giga. “Having Justin back helped us out. We went through a bad stretch when we came back from the pandemic.”

“But we kind of recovered, won a couple of games, started to get a bit of confidence, and here we are, able to beat Talk ‘N Text,” the 23-time champion coach added. 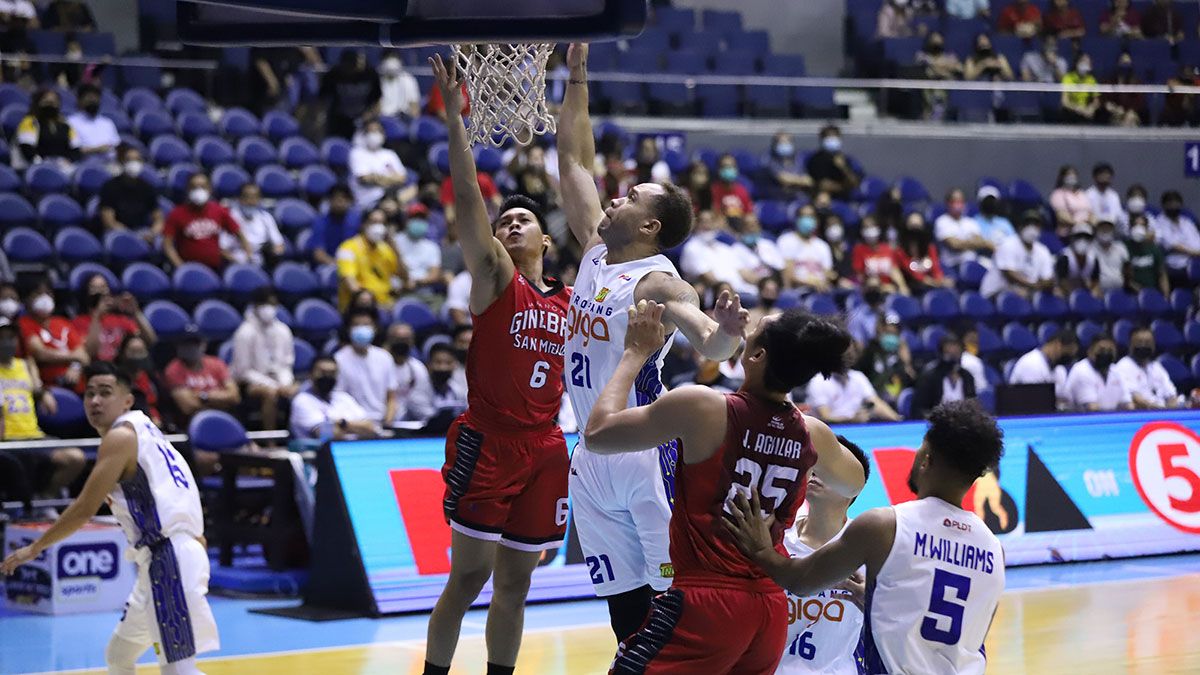 The Gin Kings’ rise is not lost on Road Warriors coach Yeng Guiao ahead of Game One of their best-of-five Final Four matchup that tips off at 6 p.m. after top seed Magnolia faces Meralco in the opener at 3 o'clock.

“Plus I think they’re gaining chemistry with Japeth and Christian,” he added of Ginebra’s twin towers. “They’re learning how to play together. It becomes a big problem for any team that plays them.”

The Road Warriors took down the Gin Kings, 115-103, in their elimination-round matchup last March 4, but NLEX still had McDaniels as import then.

Like what it did against TNT, which also had a new import in Leon Gilmore, Ginebra tries to pounce on another fancied team that’s adjusting to a new reinforcement in the Road Warriors.

“We always want to set the tone especially in a five-game series,” Cone said. “It’s a quick series, so Game One is always crucial.”