AFTER losing KG Canaleta and Aldrech Ramos, NLEX is set to beef up its lineup with youth and muscle by acquiring Sean Anthony from Meralco in a three-team trade that also involved Mahindra Enforcers (formerly KIA).

Under the terms of a proposed deal, Mahindra will send its 2016 and 2017 second-round picks to Meralco for Anthony, who will then be shipped to NLEX for promising young guard Juneric Baloria and Blackwater's 2016 second round pick, which the Road Warriors recently acquired.

The deal will be a homecoming of sorts for Anthony, who NLEX traded to Meralco in a three-team deal pre-agreed by former franchise owner Air21 Express before it was acquired by the Road Warriors.

In return, Meralco will acquire two second round picks from Kia, which will have Baloria and Blackwater's second-round pick next year.

NLEX is obviousy looking to build up its frontline after giving up Canaleta and Ramos in the trade that enabled Talk 'N Text to get the No. 2 pick from this year's draft, which it used to grab Troy Rosario.

The Road Warriors, in return, got Kevin Alas from that deal.

"Picks lang halos ang meat niyan other than Sean Anthony. Pero may mga gentleman's agreement dyan involved," said a source privy to a deal that is still being hammered at posting time.

A possible hindrance to the three-team trade is Mahindra, which sources said wants more pieces in return for its two second-round picks.

NLEX has long been reported to undergo massive revamp especially now that the Manny V. Pangilinan franchise is bent on improving its 10th overall finish in its maiden season in the PBA. 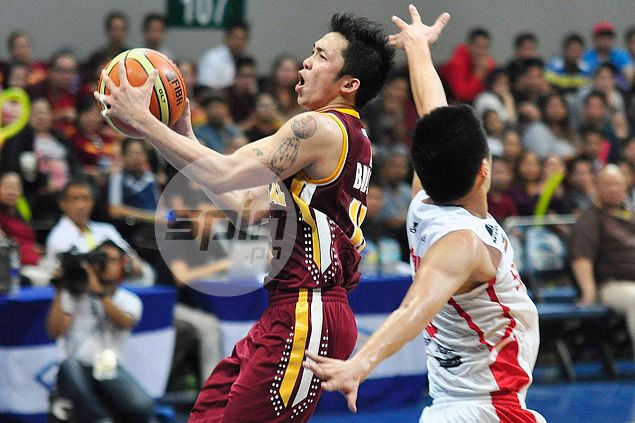