PUERTO PRINCESA – Once a dunker, always a dunker.

After watching from courtside the latest Slam Dunk contest of the PBA All-Stars, five-time champion KG Canaleta admitted feeling a sudden itch to compete in the side event once again.

The high-flying forward minced no words about how he missed competing in the side event which he has dominated like no other player in the league.

[See Before you ridicule Melton for 'failed dunk,' you might want to know it was 'a joke']

The high-flying forward of NLEX initially contemplated on joining the slam dunk contest this season, but begged off at the last minute owing to a knee injury.

But he did see action in the three-point shootout, although he failed to make it to the finals of the event which Terrence Romeo won.

But he sees Guevarra as a worthy adversary, a dunker who is creative and is blessed with a high vertical leap. 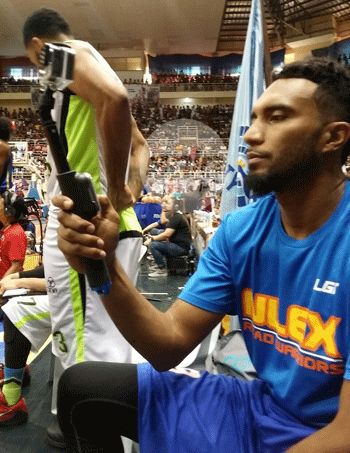 Canaleta also found time to tease fellow veterans who lost in the Skills Challenge against their younger opponents.

Guevarra, meanwhile, said it would be an honor to compete against Canaleta in the slam dunk contest.

Melton, co-champion with Guevarra during the 2014 contest, is also thrilled to hear about Canaleta contemplating on a comeback next year.

“That will be very interesting. I’ve seen his videos and he’s good,” said Melton, who at 5-foot-9 can jump to as high as 11 feet and 4 inches.