Hans Sy mulls putting up a PBA team. But the question is, do SM malls need it?

AFTER seeing National University turn from a minnow to a UAAP champion under the watch of the Sys, there was no doubt in the mind longtime basketball patron Dioceldo Sy that the family which owns the popular SM chain of malls can replicate the success in the PBA.

“Pag pumasok sila sa PBA, I believe kaya nilang bumuo ng contender team of the future. Pwedeng hindi sa first year, pero in three to four years… they can,” said Sy, himself a partner of the SM group of companies as he backed the NU Lady Bulldogs women's basketball team that won its first UAAP championship via sweep.

Hans Sy, who is chairman of NU and head of SM Prime Holdings, admitted the thought of putting up a team in the PBA is 'enticing' but remained non-committal, saying it is still being studied.

Although he remains 'open' to the idea, Sy said one thing he learned from NU's title run in the UAAP is that basketball can take up so much of his time.

And he is ready to make the same commitment to a PBA team in the future?

“I am not closing the doors. Yun lang yun,” he said. “Basta open lang kami pero I cannot commit to anything (about it) now,” Sy added.

For his part, legendary PBA coach and former deputy commissioner Tommy Manotoc has no doubts on the SM group's capacity to put up a team.

But does SM need an advertising vehicle like the PBA, he asked.

“If they really want to, they can. But the question here is, are they willing to spend a big amount of money like the MVP group and San Miguel Corporation?” said Manotoc.

“Pero I am sure alam ng SM na, 'Bakit kami papasok sa PBA kung malakas naman ang malls namin? Will it be worth it? Unless they want to join the league of the who’s who in Philippine business like Smart and San Miguel,” he added. 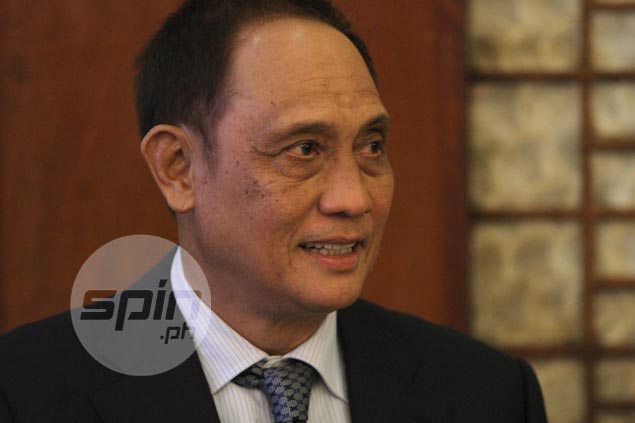 Manotoc, who screened and eventually welcomed new teams like Shell, Alaska, Manila Beer and Anejo during his time with the league, said he believes SM is more of a retailer and doubts if it has a product or service that can benefit from the media mileage that the PBA can bring.

One brand which the Sys can promote in the PBA is Banco de Oro, Manotoc, but he also isn't sure if the PBA is the right promotional vehicle for a bank.

“Ang SM, they are a retailer, they have no produce that will need advertising,” said Manotoc.