Cone not surprised to see Racela's immediate impact with Blackwater

BARANGAY Ginebra coach Tim Cone took notice to how Blackwater coach Nash Racela has transformed the Elite immediately in just his first conference with the team.

Cone said he is no longer surprised that the Elite are putting on a good showing in the conference. And even though Barangay Ginebra defeated Blackwater last Thursday, Cone was impressed with how the Elite performed.

Blackwater picked up its second win in three outings on Saturday when the Elite defeated NLEX, 98-88. The Elite once again used the third quarter as a springboard to the victory, outscoring the Road Warriors, 35-16.

Although his team won the contest, Cone admitted Barangay Ginebra had a difficult task of containing Blackwater in the third quarter that showed the Elite score 39 points in that contest.

“We had a hard time especially in the second half. They came out, did to NorthPort the same thing they did to us. That big third quarter, I’m really impressed with the way they read the defense and they react really well and they made the right passes. We were scrambling most of the night,” said Cone. 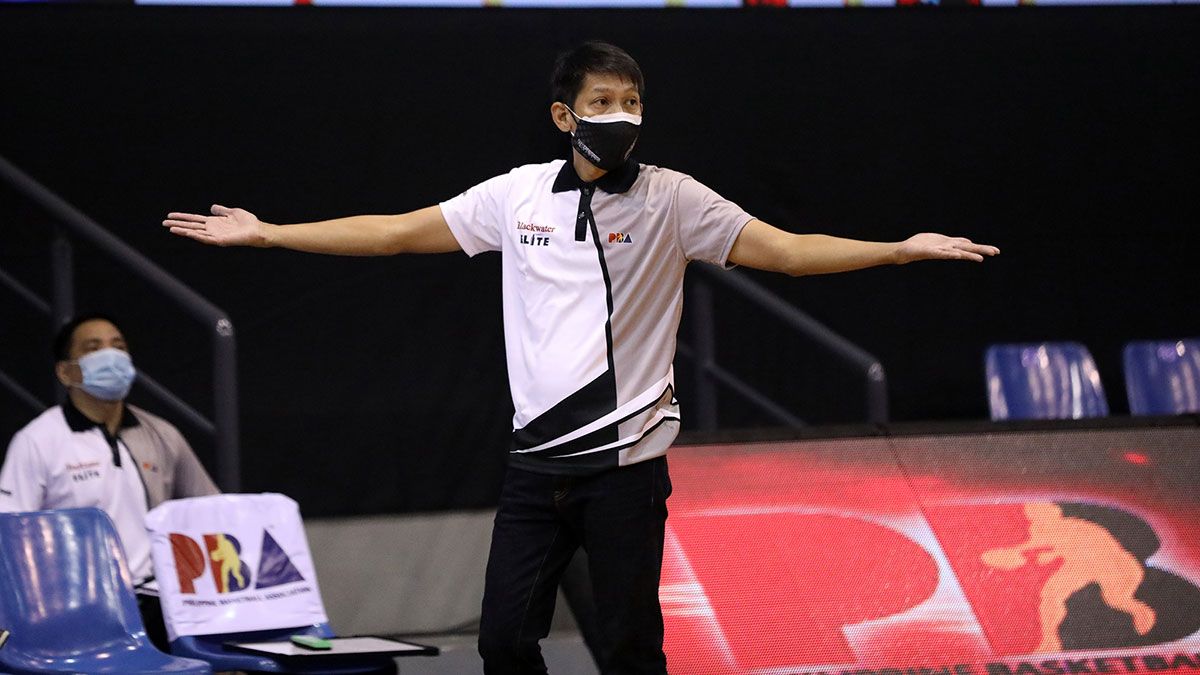 When asked about Cone’s statements on Saturday, Racela said he actually got a chance to speak to the Barangay Ginebra coach the morning after the match.

“It’s something that I really appreciate coming from a veteran coach in Tim Cone, the winningest coach that we have in the PBA. The next morning after our game, I actually was able to talk to him doon sa pool area and I heard some positive things from him. That really gives me encouragement as a coach. Though I’m not really looking forward to those praises from other people, I appreciate it once in a while. But I know who my greater audience is. We play, we coach, we live for the audience of one which is God,” said Racela.