TNT Katropa head coach Nash Racela refused to be drawn into an online war after a Twitter attack from Ginebra governor Alfrancis Chua, just a day after the Kings ousted the Texters from the title race in the PBA Governors Cup.

Racela and Chua figured in an infamous verbal spat during halftime of Game Three of the Ginebra-TNT semifinal series on Friday and the top Ginebra official made sure he put in a parting shot after the Kings ended the best-of-five series in four games on Sunday.

Although Chua didn't name or tag Racela in any of his tweets, there was no doubt in Racela's mind who the subject of the attack was.

The current head of the Basketball Coaches Association of the Philippines (BCAP) followed the tweet with posts that featured photos of the late comedian Palito, which, to his Twitter followers, alluded to Racela's lean frame. 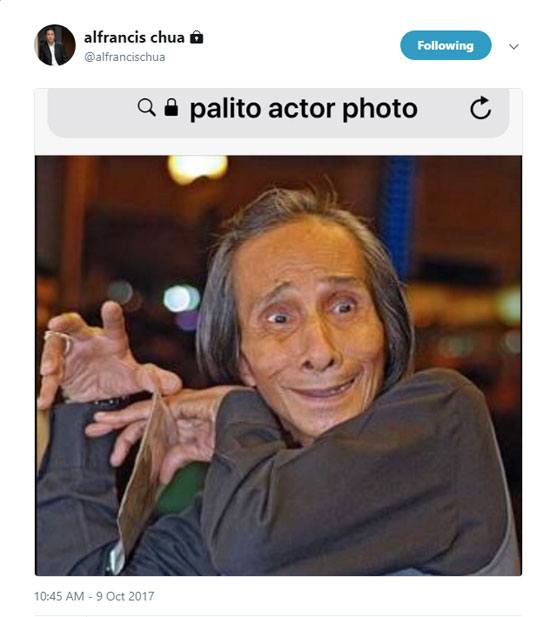 Sought for comment by SPIN.ph, Racela said wasn't following Chua on Twitter and therefore wasn't aware of the Ginebra official's tweets until he was sent copies of the posts on Tuesday.

Still, Racela, whose brother Olsen serves as an assistant coach at Ginebra, insisted he wasn't slighted by Chua's attack, warning only that the former coach's tweets may offend the late comedian.

Pressed to respond, the former Far Eastern University coach said it is PBA commissioner Chito Narvasa - and not him - who should be asked to comment on Chua's tweets.