PBA commissioner Chito Narvasa has fined three players from Star in the aftermath of the tumultuous Game Four of their PBA Philippine Cup semifinal playoff.

Narvasa confirmed this before tip off of Game Five of the match between San Miguel Beermen and TnT Katropa at the Smart Araneta Coliseum, adding that he talked to all of them early Thursday.

The league, though, has yet to release the amount of fines on Allein Maliksi and Marc Pingris for 'comments detrimental to the league,' Narvasa said.

Narvasa also talked to Star team manager Alvin Patrimonio and head coach Chito Victolero, although he wasn't clear if the two were among those penalized.

"They've been fined. I've three players from Star, simply because we had a good conversation today. They're very apologetic about it but it was all explained to me that it was all very nice in the way they explained it," he said.

Maliksi apologized for his 'cooking' gesture in Game Four shortly after the meeting with Narvasa but later admitted in another tweet that it wasn't meant for teammates as he earlier told mediamen.
However, Narvasa pinned the blame on 'one party' which he said is 'twisting' the events to put the league and the players in a bad light.
"But there's always one party in particular that puts a twist to what they say in putting the PBA in a bad light, okay?" the commissioner said.
Sources also bared TNT coach Nash Racela was fined P20,000 for his statements that San Miguel sought - and got - special treatment from the referees in Game Four of their own semifinal series.
Larry Fonacier of TNT was also fined the same amount, a source added. 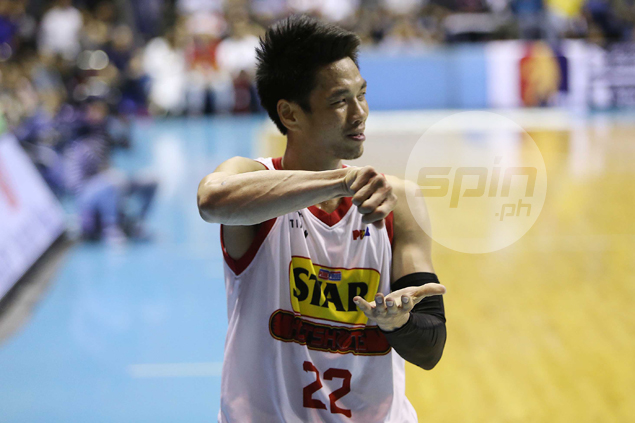 Narvasa insisted there is nothing wrong as far as officiating in the league is concerned.
"I think it's fine, and we're trying to run a good game, a fair game for everybody," he said. "The opportunity for them to win is present. What they do of course is all subjective, I'm trying to be as objective as possible."
[See Mild-mannered Patrimonio loses cool over officiating]
Continue reading below ↓
Recommended Videos
Read Next
read more stories about:
Read the Story →
This article originally appeared on Topgear.com. Minor edits have been made by the TopGear.com.ph editors.
POLL
Share this Poll:
Retake this Poll
Quiz
Quiz Result
Share this quiz:
Take this Quiz Again