REY Nambatac was more aggressive on the floor for Rain or Shine on Friday - and left a major imprint in the game as a result.

After being held to a single field goal in a win over San Miguel, Nambatac topscored for the Elastopainters with 19 points in a 91-82 victory over Terrafirma in the PBA Philippine Cup at the Angeles University Foundation Sports Arena and Cultural Center.

The former Letran star hit a three-pointer to get the Elastopainters over the hump, 61-57, after trailing in the third quarter. He then scored nine points in the final period, including five straight as they pulled away for good, 82-66.

Nambatac buried another trey as Rain or Shine secured its second straight win, 85-76. 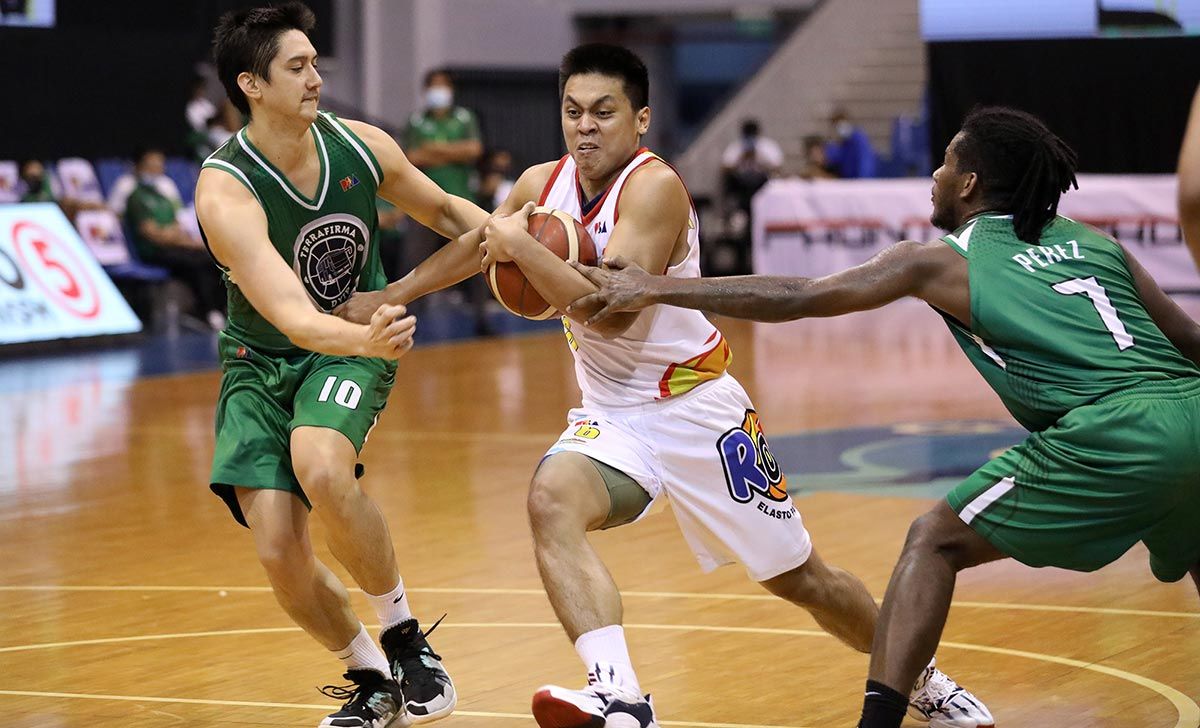 Rain or Shine coach Caloy Garcia is surprised to see his team's play come together so early after a long layoff.

“I told them to focus on conditioning. Pagdating sa bubble, that’s when we work on remembering our system. Slowly, we are adopting,” he said.

Javee Mocon continued his steady play as he scored 14 points and grabbed 10 rebounds, while Gabe Norwood added 14 points including a follow-up slam in the final 9:37 mark that became the highlight play of the night.

Norwood also provided a neat defensive stop when he he pulled off a two-handed block on Glenn Khobuntin in the third quarter.