The two young guns have so far been carrying the load for Rain or Shine in the PBA Philippine Cup bubble where the Elasto Painters have gone 2-0 so far to gain a share of the early lead.

After Mocon came through in the Elasto Painters’ 87-83 stunner over five-time reigning champion San Miguel Beer, Nambatac scored nine of his game-high 19 points in the fourth quarter of a 91-82 win on Friday night at the Smart 5G-powered Angeles University Foundation gym.

With veterans Gabe Norwood, Beau Belga, and James Yap just a few years away from calling it a career, it’s obvious Mocon and Nambatac are fast becoming the new faces of the Rain or Shine franchise.

Coach Caloy Garcia is aware of it, although he’s not ready to anoint the two as such.

“We’re looking to that with Rey and Javee, kasi halos sabay pumasok yan. I think ahead lang si Rey ng one year,” said the Rain or Shine mentor.

“The nice thing about it is that our veteran players know that, so nakakatulong din sa confidence nila.” 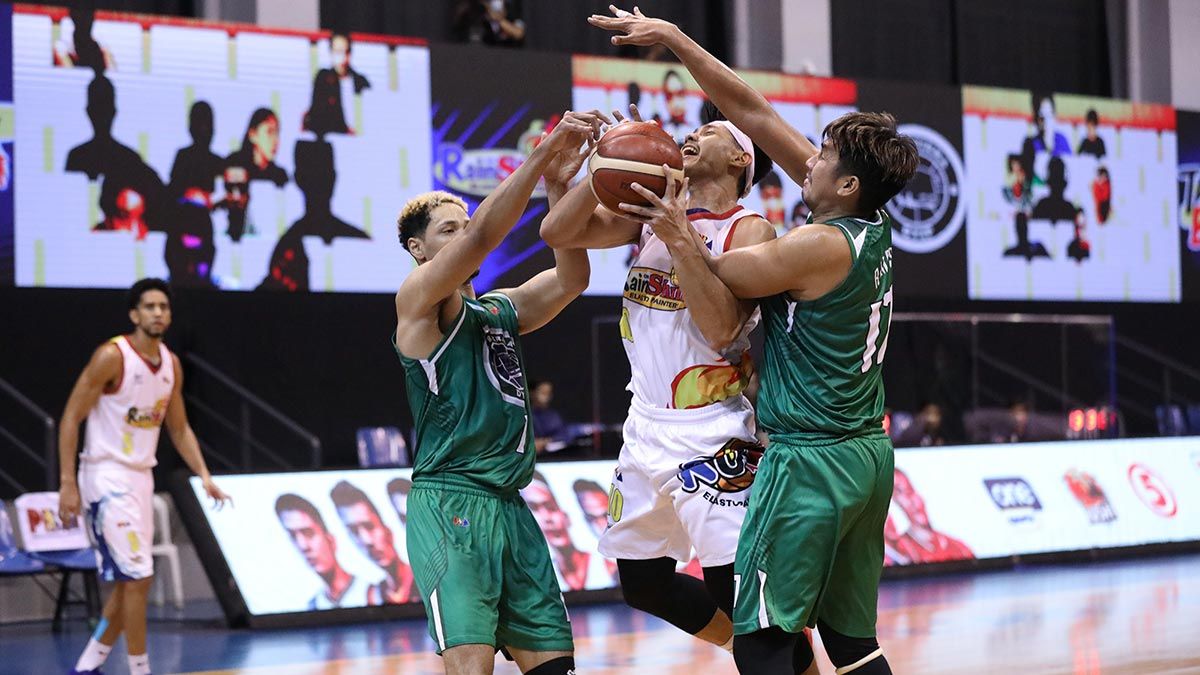 The 25-year-old Mocon, the sixth overall pick in the 2018 draft, provided the spark in the Elastopainters’ win over the Beermen by scoring 25 points, while Nambatac finished with only four points, although his buzzer-beating three-pointer down the stretch doused a gritty comeback by the defending champions.

While Nambatac, 26, and a first-round pick of the team (No. 7) in the 2017 draft, led the Elasto Painters’ scoring spree against Terrafirma, Mocon also did his share by adding 14 points together with Norwood and Beau Belga.

For the two to really be considered as the new franchise players of Rain or Shine, Garcia said they have to do things on a nightly basis.

“They just have to be consistent,” said the Elasto Painters coach.

Asked if Mocon and Nambatac are the future of the team, Garcia agrees one hundred percent.