Fernandez believes June Mar yet to reach peak, but warns to watch his weight

PBA legend Mon Fernandez believes June Mar Fajardo has yet to reach his peak as a basketball player, expecting the San Miguel star to hit new heights so long as he can keep his weight in check and avoid another major injury.

The PBA great said Fajardo at the age of 31 still has what it takes to dominate a league where he has won an unprecedented six MVP awards, although that will depend on how he will recover from a fractured tibia suffered last year.

“Probably not yet,” said Fernandez when asked during Thursday’s episode of SPIN.ph Zoom In if Fajardo has reached his peak. “’Yun nga ang in-advise ko sa kanya: Wag talaga siyang lumaki at tumaba. The moment na mag-overweight siya or ‘yung playing weight niya, bumigat, that would be bad for his knees.”

Fernandez noted weight issues have hampered some of the great bigs in the game during thelatter part of their careers.

At the moment, Fajardo is still on the road to recovery after missing the entire 2020 season due to the injury. There is still no timetable for his return, however, after the recovery was set back by an infection.

Even though the Cebuano is already the PBA's most dominant player, Fernandez, a four-time MVP and 19-time champion, said there is still a lot of room for improvement in Fajardo's game once he returns from injury.

“I feel he can still improve. But then again, ‘yun nga ang problema sa injuries. How sturdy are his legs right now? Only the doctors can tell,” said Fernandez, who trained Fajardo when he was still starting his college career at University of Cebu. 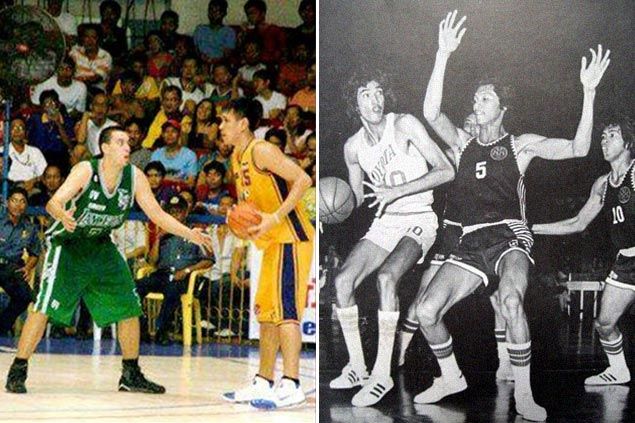 As good as Fajardo already is, Fernandez wants to see the SMB big man improve two areas of his game: his defense and passing.

“I would have wanted to see June Mar control the paint some more both in offense and defense. Allowed naman ‘yung zone [defense now]. You can stay in the middle of the floor. ‘Yung mga other players na nagle-layup, he can always go down there and cover up and block the shot up there," the former Toyota and SMB star said.

A player like Fajardo deserves to be on the court longer than anyone and it is up to the player to take good care of his body, the PBA great said.

"Aside from being paid so much, I’ll be happy if you are given a chance to prove your worth while other players nagko-complain ng playing time. And here you are, being given playing time, you should be happy and rise to the occasion."