CALASIAO, Pangasinan — Javee Mocon scored on a tip-in at the buzzer to give the Rookies/Sophomores a 141-140 win over the Juniors in an entertaining PBA All-Star Game on Friday night at the Calasiao Sports Complex.

Mocon’s game-winner came off an offensive rebound by CJ Perez after Jason Perkins missed three free throws that could've given the rookies and sophomores a tie or the outright lead with 3.3 seconds left.

Perez missed the short jumper but Mocon outjumped the Juniors' Mac Belo to tip the ball in at the buzzer in a wild, wild ending.

Mocon’s game-winner preserved the efforts of Perez, who had a game-high 32 points to hand the Rookies/Sophomores the P80,000 top prize. The Bautista, Pangasinan native was later named the MVP. 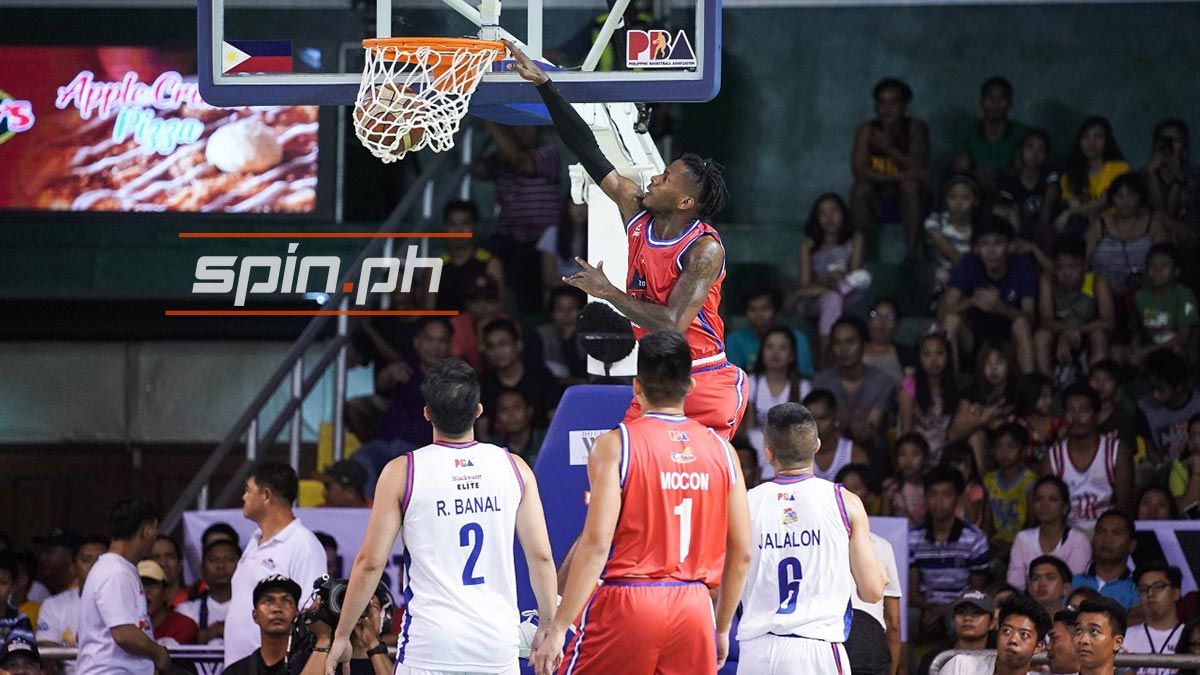 The first three quarters were exactly what was expected in an All-Star game - a free-flowing match that saw a ton of points scored until the teams entered the final period with the Juniors up, 112-106.

Jio Jalalon led the charge as the Juniors took a 133-124 lead but the Rookies/ Sophomores came storming back behind a 9-0 rin capped by Jeron Teng's short stab.

The Rookies/Sophomores held a one-point lead after Perez converted a triple with 1:18 left in the game, but Kevin Ferrer answered for the Juniors with 1:04 remaining, 140-139, setting up the exciting finish.

Rashawn McCarthy topscored with 24 points while RR Pogoy had 20 points for the Juniors, who also got 14 points and 12 assists from Jalalon.

Meanwhile, 44 wheelchairs will be donated by local organizer Double V Productions to charity after it committed to hand one wheelchair for every three-point shot and dunk made in the game.