CALASIAO, Pangasinan - Jason Perkins got a ribbing from his Rookies/Sophomores teammates after missing three straight free throws that could have won a game againt the Juniors outright on Friday night.

"Sabi, 'choker from La Salle.' Si (Robert) Bolick ang nagsabi. Inaasar niya," said Javee Mocon as he laughed about Perkins' misadventure from the foul line in the final 3.3 seconds of the tight ballgame.

Mocon bailed Perkins out when he tipped in a CJ Perez miss at the buzzer as the Rookies/Sophomores pulled off a 141-140 comeback win in the NxtGen Challenge of the PBA All-Star weekend at the Calasiao Sports Complex.

Mocon finished with 18 points, four rebounds, and five assists in his All-Star debut.

But Mocon said it was a team effort as the young guns rallied from a 107-97 deficit in a wild endgame.

He reserves the biggest compliment to CJ Perez, who emerged the MVP of the contest after dropping 32 points on 6-of-12 shooting from three-point range.

Perez shot 13-of-23 overall and had eight rebounds, none more important than the one he had after Perkins missed the last of his three foul shots.

"Credit to CJ Perez for getting that rebound," he said. 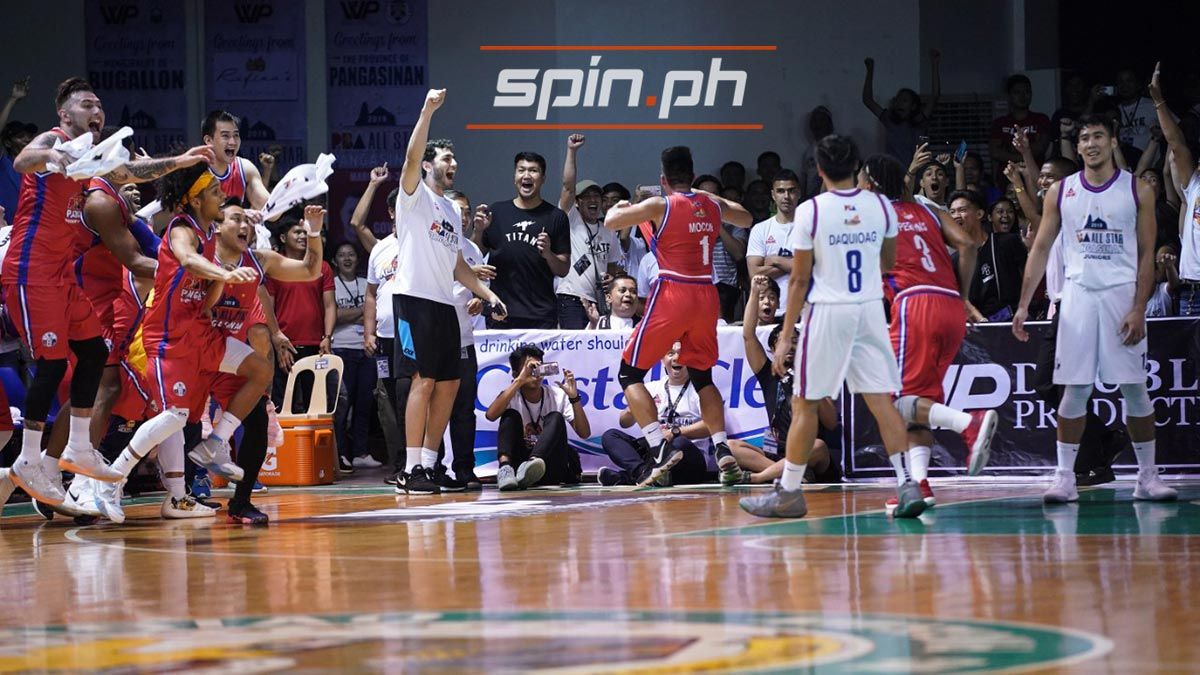 The Rookies/Sophomores trailed, 139-140, when Jio Jalalon fouled Perkins from three-point range in the final three seconds.

With a chance to win outright, Perkins missed all three free throws. He was 2-of-2 from the foul line before that.