ROBERT Bolick, Arwind Santos, Roi Sumang, and recently Arvin Toletino have basked in the PBA spotlight while carrying most of the NorthPort offense.

But on defense, the Batang Pier call on MJ Ayaay, an unheralded wingman who has embraced the task of taking on the opposing teams’ best players without much fanfare.

The 29-year-old guard’s defensive numbers in the Philippine Cup actually didn’t pop out, blocking just one shot and collecting one steal in the entire 11-game eliminations.

But it’s the intangibles that has earned him the tag as the Batang Pier’s primary stopper right in his first conference with the team after getting traded from Barangay Ginebra for a future draft pick. 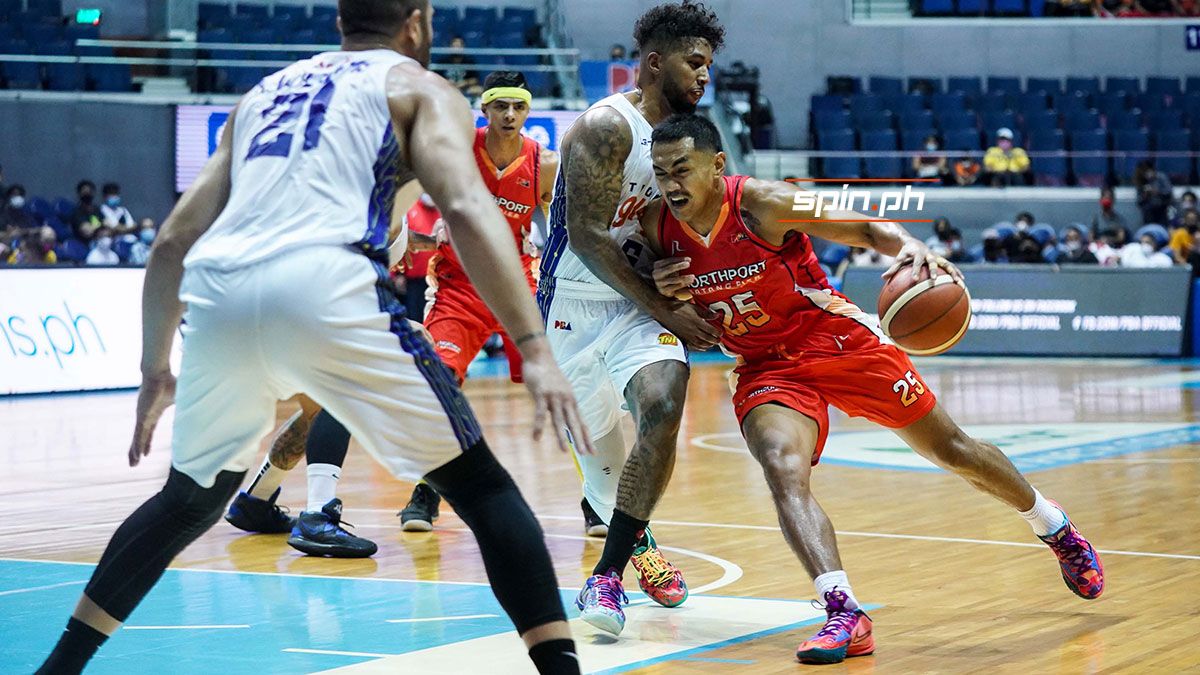 We asked Ayaay who the toughest players to guard in the PBA are and the 2018 draft’s ninth overall pick out of Lyceum gamely rattled off his Top 5.

Ayaay takes pride in his defense, but admits how difficult it is to contain The Blur.

Ayaay was glad to be on the same side as the Barangay Ginebra star, but he now has the unenviable task of guarding him.

Ayaay didn’t take long to know how prolific and shifty the Fil-Am TNT star can be.

“Mikey Williams, syempre one of the best scorers in the PBA.”

Ayaay has one less star to worry about in Wright, who has gone to the Japan B.League, but still has to figure out how to limit the Magnolia star in Lee.

Ayaay, who also contributed on offense with his 5.2 points on 42-percent shooting, 2.2 boards, and 0.9 assist in 14.8 minutes in the all-Filipino conference, knows it’s a good day at the office when he sees his assignment get irritated at him.