Misfiring ROS making do with league-best defense to stay afloat

RAIN or Shine has not pushed the panic button even after two disappointing losses during the 2021 PBA Philippine Cup, with head coach Chris Gavina confident the Elastopainters can eventually ride the storm moving forward.

The Elastopainters started the conference on a high note with three straight victories, but that was followed by two consecutive defeats. Rain or Shine only scored 48 points in its 26-point defeat over Alaska on July 28, the second lowest output scored by a losing team in the history of the league.

That ugly loss was followed by Rain or Shine bowing to TNT, 79-69, last July 30, putting their campaign in an early obstacle.

Rain or Shine was able to bounce back in a big way before the league was suspended as the Elastopainters defeated Terrafirma, 83-77, last August 1 to stay within striking distance of the leaders.

Following the win, Gavina expressed confidence Rain or Shine can compete with the traditional contenders of the league as long as they can hit their shots.

“If we are able to knock down shots and we can combine it with our defense, then we can really make noise as we move forward,” said Gavina. 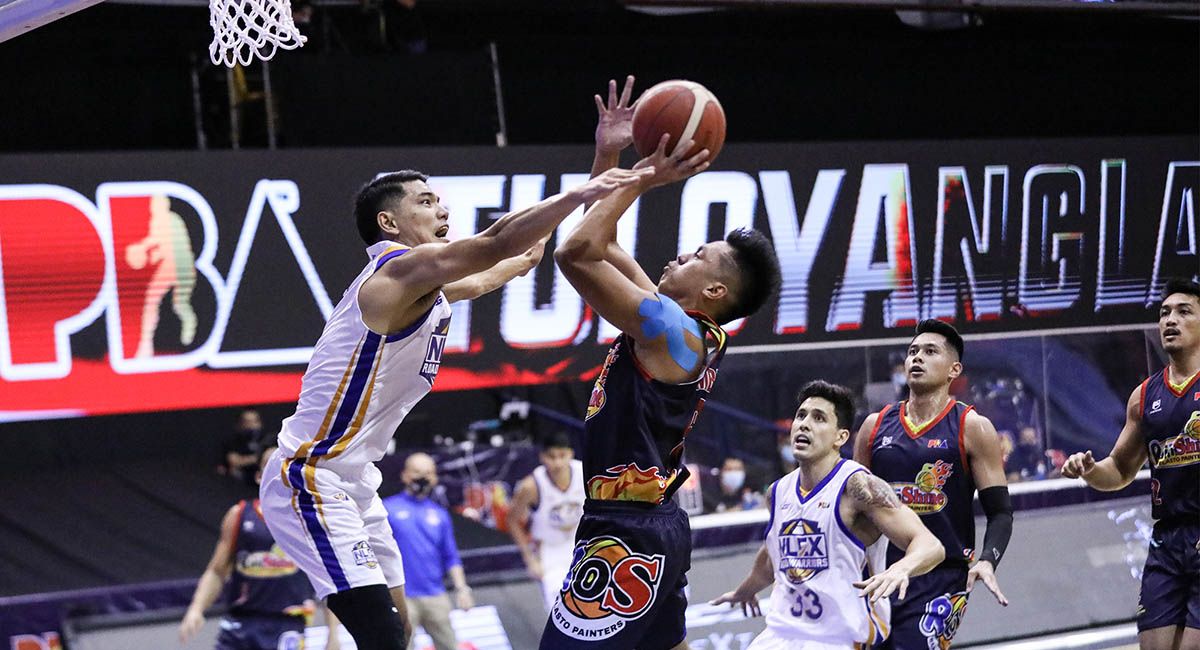 Rain or Shine does need to improve on its shooting. The Elastopainters are last in the league in scoring at 73.2 points per game and in shooting at 34.5 percent from the field - even lower than last-placers Blackwater (35.4 percent) and Terrafirma (37.2 percent).

This even as Rain or Shine is giving up only 74.3 points per game, the best in the league so far.

The good thing is that Rain or Shine is already addressing their need to improve on offense, crediting the help of the coaching staff and video coordinator Ricky Umayam.

“Going into our game, I told him (Umayam) to create short clips of what we were doing right in the first three games and then we showed how stagnant we were in our two losses. It was night and day. The players kinda responded to seeing it visually. It was a collective effort.”

Against Terrafirma, Gavina said: “We simplified things. We let our guards just kinda go on create mode with our top ball screen action. We were reacting off with the defense was giving up and we kept finding the open man.”