Mikey hits 31 as TNT sustains resurgence with rout of Terrafirma

TNT extended its winning streak to five with a 114-86 blowout over Terrafirma on Friday in the PBA 47th Season Philippine Cup at the Smart-Araneta Coliseum.

Mikey Williams scored a season-high 31 points in his fourth game of the season, taking control in the third quarter when the Tropang GIGA went on a tear after trailing briefly, 50-49, at the onset of the second half. 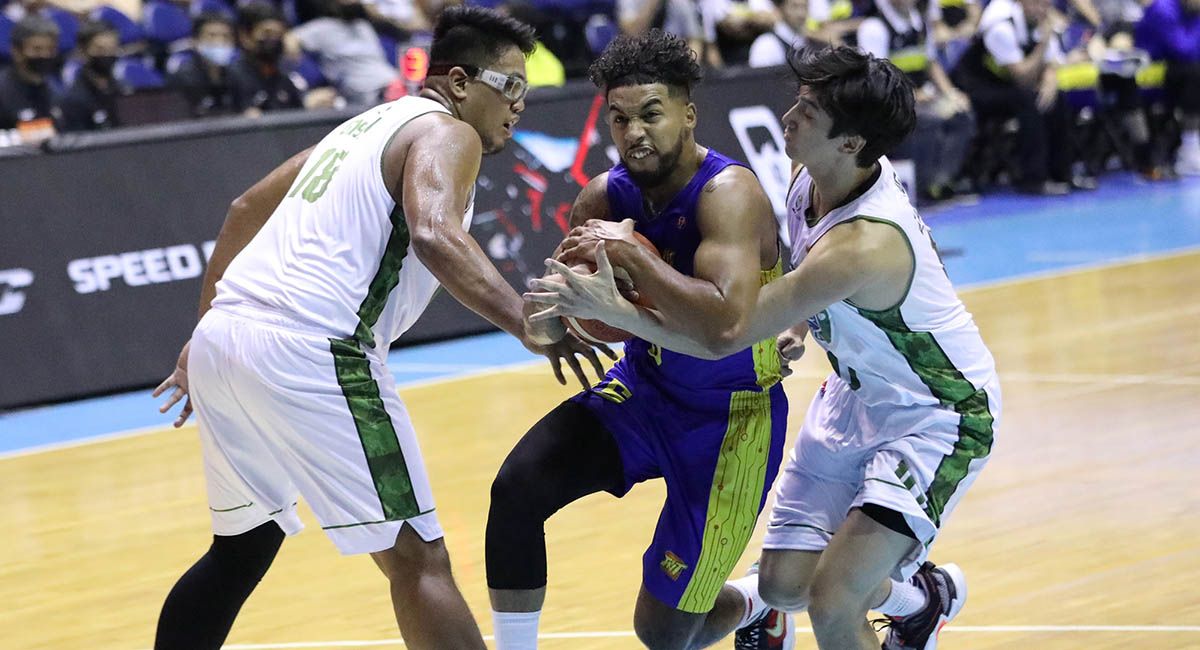 “We were very business-like at halftime,” said TNT coach Chot Reyes. “We knew that this was a tough team. We had no pretentions, no illusions about this being an easy game.

“At halftime, we talked about some adjustments we needed to make defensively because we gave up 34 points in the second quarter. When the third quarter ended and we were up by 17, we just reminded the players that here we are again, let’s make sure that we play with a lot of defensive intensity,” said Reyes.

With the 28-point victory, the Tropang GIGA improved to 7-2, putting itself in position for two of the twice-to-beat incentives in the quarterfinals.

Terrafirma went down to 0-6 after another lopsided defeat that came in the wake of its 37-point loss to fellow minnow Blackwater last Saturday.

Williams also had seven rebounds and five assists, while Poy Erram added 18 points and nine rebounds in the TNT win.

Joshua Munzon topscored with 25 points in the Terrafirma defeat.