The Tropang GIGA strengthened their hold of first place with an 8-1 card after dominating the Gin Kings in a rematch of last year's PBA Philippine Cup Finals at the Don Honorio Ventura State University (DVHSU) gym in Bacolor, Pampanga.

Williams, who is so short a time has established himself as one of the league's most exciting scorers, scored 10 of his 29 points in the first quarter, helping TNT build a 20-16 lead.

Castro joined the show by clustering 10 of his 14 points in a 12-2 run that led TNT to a double-digit lead, 32-20, which they maintained against a lackluster Ginebra side.

TNT led by as many as 24 points in the lopsided game against Ginebra, which lost for the second straight time and dropped to 3-5 for ninth place - a precarious position to be in for the reigning champions. 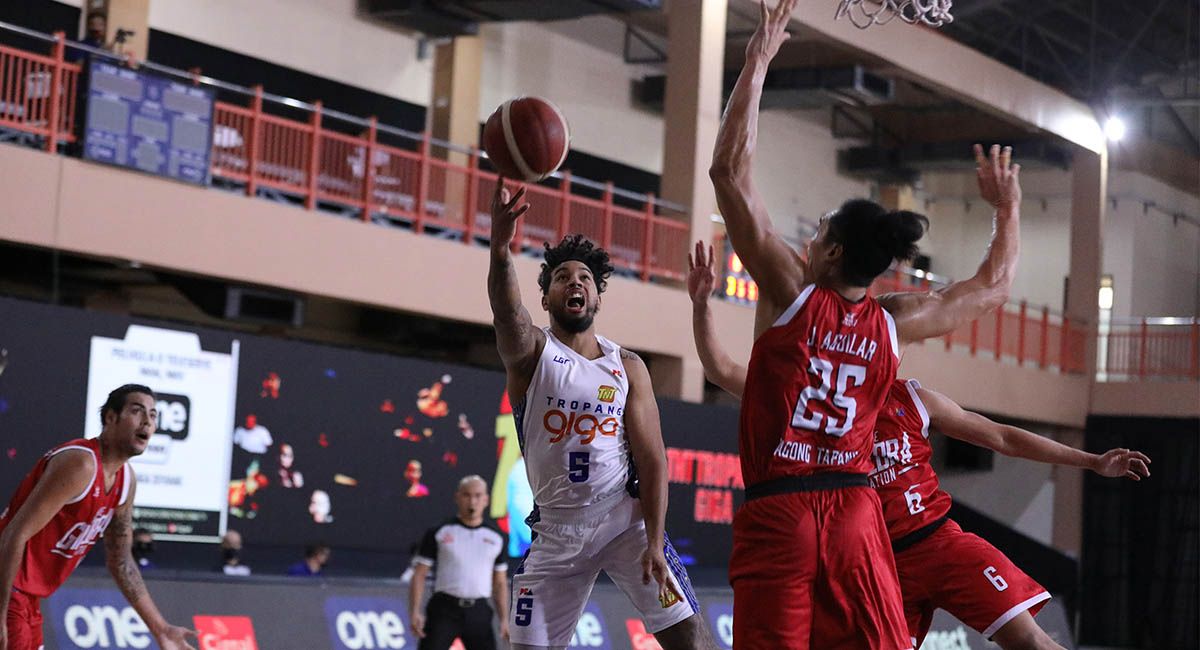 TNT coach Chot Reyes said the game plan especially on defense was executed to near perfection.

“Just their offensive precision, the way they run their offense. We all know how clinical and precise they run the triangle and how patient they are. That was the one thing that we had to make sure, that we make sure that they were able to contain their twin towers and their twin guards,” said Reyes.

Troy Rosario had 14 points, while RR Pogoy chipped in 13 points for TNT, which took an 82-58 lead even with the starters already resting.

LA Tenorio was held scoreless, 0 for 13 from the field.

Japeth Aguilar had 18 points and six rebounds, and Christian Standhardinger had 14 points and nine rebounds, but it was not enough to change the complexion of the game for Ginebra.