COLUMN: Mikey Williams, sadly, has let his team and TNT fans down

CHICAGO - Mikey Williams wanted to be paid like a star and got what he wanted.

"Mahigit pa nga eh," a TNT official told me last June when I asked if the deal the sharp shooter sought and eventually signed was worth P1.1 million a month.

I'm all-in for star players demanding what they strongly believe they deserve. I'm even willing to look away or condone some diva moves that stars often get away with.

But when the bright lights are on, they must repay the team's financial investment and make the special treatments extended to them all worthwhile.

Mikey Williams did not do that in the just-concluded Philippine Cup Finals.

He failed the coaching staff with his sub-par performance.

The roster's best player, he neglected to carry his teammates, who patiently waited for him while he dragged his feet during contract renegotiations that made him miss the early stages of the elimination round. 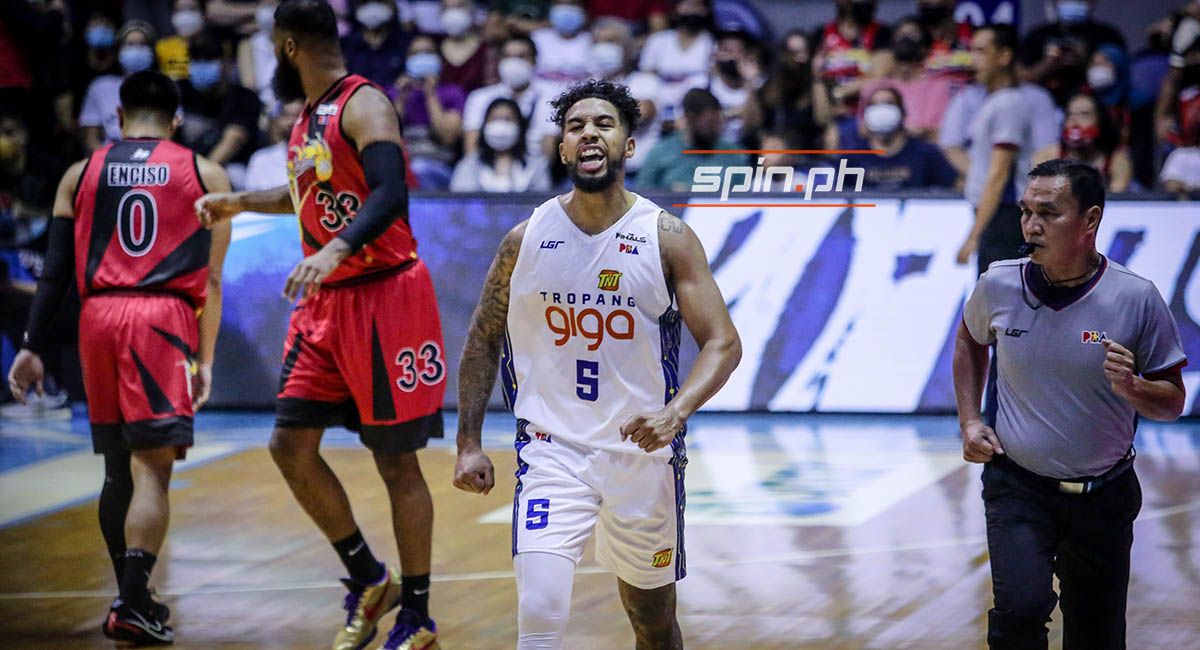 And most importantly, he disappointed the legion of Tropang Giga fans who expected much more from their franchise player and former MVP and Rookie of the Year candidate.

Considering the bundle of cash he is raking in, Mikey wasn't just bad. He was terrible.

BUT HERE'S WHAT WILL KEEP MIKEY AWAKE FOR SEVERAL NIGHTS UNTIL THE NEXT CONFERENCE BEGINS.

In Game 6, with TNT poised to win all the marbles, Mikey scored just 2 points on a pathetic 1-of-13 shooting, including an 0-for-8 from long distance.

It was the kind of anomaly that should have required a visit to the eye doctor to make sure Williams can still see the rim clearly.

And then in Game 7, with redemption beckoning, Williams swiftly retreated to mediocrity with a forgettable output that saw him score a mere 5 points from the second quarter until the final buzzer.

So much for all the talk that Williams is unstoppable, that he can create and put up a shot anytime, anywhere on the court.

Great players have bad games here and there. Somehow, Mikey was largely forgettable, if not completely deplorable, for an entire series.

Sadder still is the fact that TNT didn't contend for the title against a tough, fiercely physical team like Magnolia or Meralco.

The Tropang Giga were up against San Miguel Beer whose defense lacked creativity, playing more of the same and doing lots of rinse and repeat.

What happened to Mikey Williams is truly mystifying.

I hope the large dip in his scoring was a mere function of lack of effort and nothing more sinister.

What this latest championship does is tighten his grip on the prized job and momentarily halts rumors and speculations that San Miguel might bring in a bigger name to handle SMC's signature franchise.

So excited to see coach Yeng Guiao go back in the arms of Rain or Shine.

Suddenly, an independent team has more than a puncher's chance of sneaking a title away from the SMC-MVP teams that have made the PBA their corporate intramurals.

Like only he can, Guiao spewed some real talk about the imbalance of power in the PBA and how the rules are sometimes bent to favor the privileged.

Go give 'em hell on and off the court, coach Yeng.