COLUMN: Mikey Williams' like an import disguised as a local

CHICAGO - Still bearing the scars of a wound that will never heal, coach Norman Black returned to the sidelines tonight and assumed his position as head coach of the Meralco Bolts.

Nope, he didn't run away from the pain of losing his mother, Bessie. He simply, reluctantly went straight back to the joy of coaching, a passion that will shelter him as he goes through the process of mourning.

"It's been emotionally difficult because I was very close to my mom," coach Norman, who arrived from the US just last Wednesday night after a month on leave, told me over the phone.

"Now that I'm back I just want to help my team win games. They held the fort while I was gone so now it's time for me to get back and do my share."

And win, he did. Just like old times, before life's cruel, inevitable interruption of sadness.

Playing in the spirit of shared grief, the Meralco Bolts out-slugged star-studded San Miguel Beer, 99-88 in Game Two of their PBA Philippine Cup best-of-seven series at the Araneta Coliseum.

Against leading BPC candidate June Mar Fajardo, who bulldozed his way to 22 points and 17 boards, it wasn't easy to topple the Beermen. But Meralco had so many guys step up to prevent them from falling into an 0-2 hole. 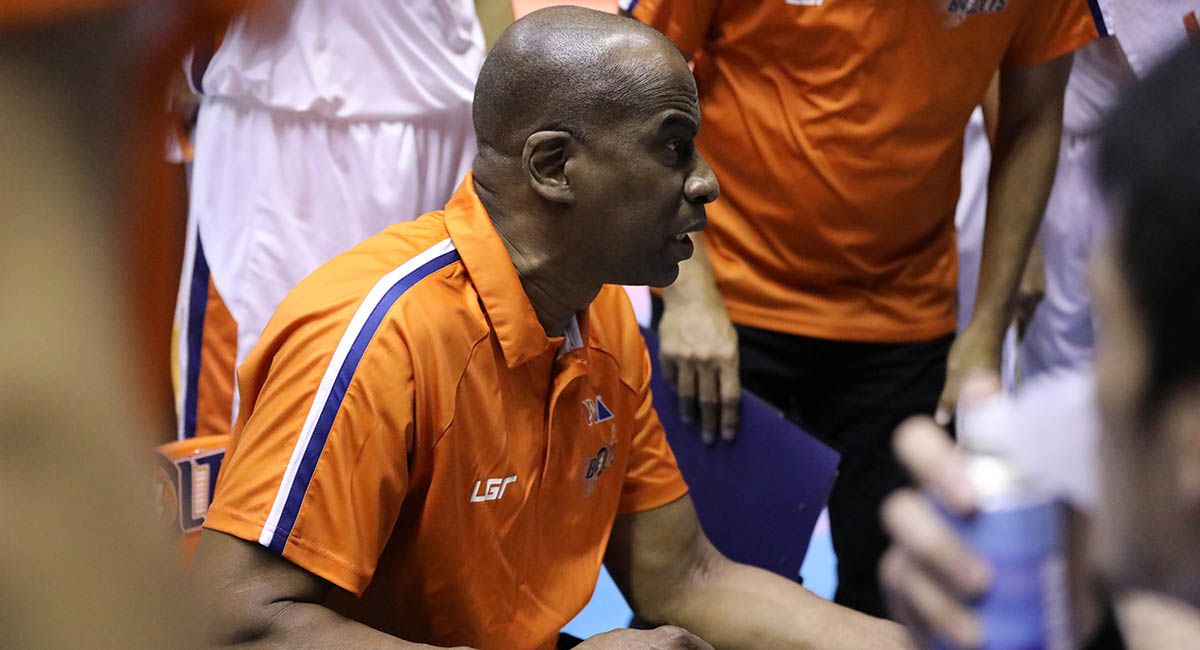 Cliff Hodge continued to do Cliff Hodge things, this time a workmanlike 17 points and 14 boards in 37 minutes and 55 seconds of relentless play.

Just like their previous successes against the beer giant, Meralco pulled this one off through good shooting, great work on the boards, and a whole lot of defensive grit.

Meralco also dealt a wild card tonight. And it was an ace - Raymar Jose.

Just like in boxing, San Miguel got knocked out cold by a punch they didn't see coming.

And while Jose's 13 points surprised many, the Bolts coaching staff saw this a mile away and made sure Raymar would grow and blossom in this Philippine Cup.

"Toto has been giving a lift since the beginning of the conference. It was good that we invested in him by giving him exposure because he is now playing with confidence. He has always had the talent and energy, but now it has clicked with him what he needs to do to stay on the floor," coach Norman explained.

San Miguel, with its litany of max players and All-Stars, remains a tough out.

But the Bolts have just shrunk the series to five games without falling behind in the race. And if they continue to play Meralco basketball, these underdogs have more than just a punching chance.

MAGNOLIA EVENS UP WITH TNT.

Mikey Williams is basically an import disguised as a local in this conference.

After leading the elimination rounds in scoring, he burnished his reputation with a 28-point effort tonight against Magnolia, which beat Talk N' Text in Game Two to even their series also at 1-1.

But Mikey needs help to beat the well-rounded, physically aggressive adversary. He didn't get it in Game Two where his sidekick Roger Pogoy, only had 11.

When Williams and Pogoy are hot at the same time, like they were in Game One where they combined for a blistering 49 points, TNT is too tough even for the Hotshots.