Mikey Williams back in fiery form as TNT wallops Phoenix

ANTIPOLO - TNT broke loose in the final quarter behind the hot hands of Mikey Williams to beat Phoenix Super LPG, 87-72, and stretch its win streak in the PBA Philippine Cup Sunday.

Williams sparked a 15-5 run in a seven-minute span to blow apart a game that was closely fought for three quarters, enabling TNT to post its third straight win for a 5-2 record with plenty to spare in the end.

Last season's Rookie of the Year finished with 27 points in his finest game since returning from an offseason sabbatical that saw him miss the Tropang Giga's first few games to start the season. 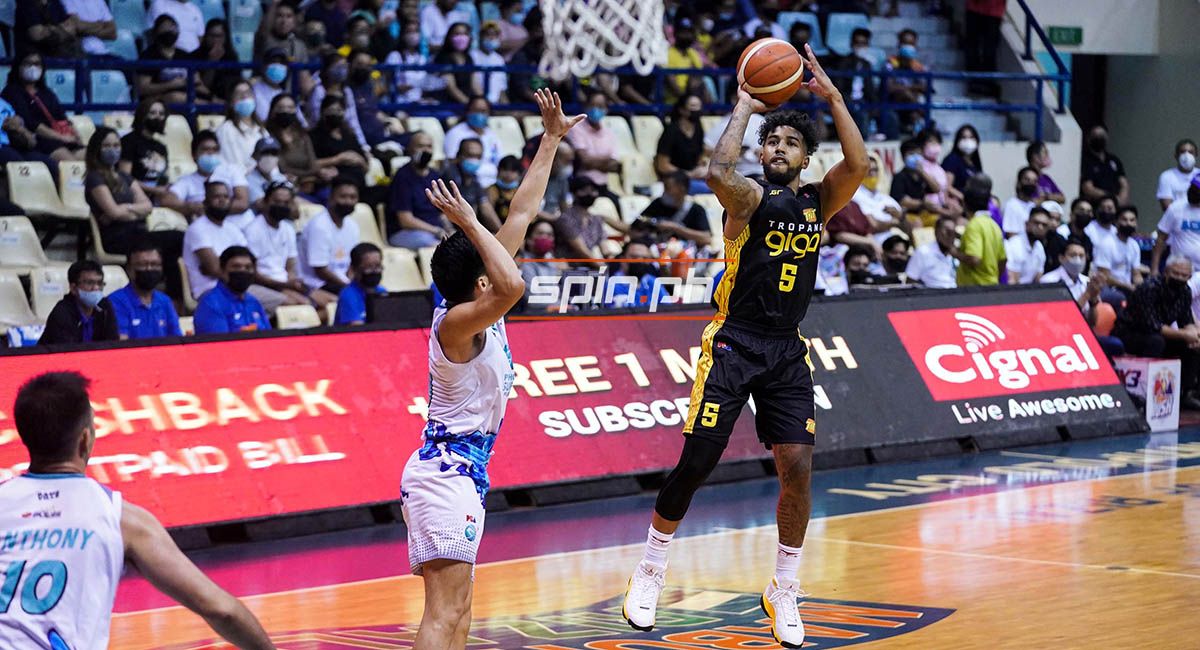 He also had six rebounds, seven assists, two steals and hit five from beyond the arc.

Roger Pogoy added 20 points for the Tropang Giga, who missed the services of big man Troy Rosario and Ryan Reyes.

"The key with Mikey that I guess a lot of peopled don't know is he's very coachable. You can be very direct to him if he does something. If he makes mistakes on the floor, you can directly tell him. Actually, he prefers if you can tell him directly," said Reyes of his prized point guard.

"Coachability is the mark of a true professional."

Williams was in the zone in the fourth quarter where he scored 11 of his total output.

At a time the Fil-Am guard was running havoc for the Tropang Giga, the Fuel Masters couldn't buy a basket and was held scoreless in a four-minute stretch that allowed TNT to pull away for good.

Phoenix suffered a second straight loss for a 2-4 record and missed the services of big man Jason Perkins (safe and healthy protocols).

Sean Anthony had a double-double to show the way for the Fuel Masters with 13 points and 14 rebounds, with rookie Tyler Tio also with 13.

Phoenix top gun Matthew Wright was held to just three points on 1-of-11 shooting from the field, but had six rebounds and four assists.