WITH no less than the country’s patriarch dipping his hands in financially supporting the Filipino athletes’ campaign in next year’s Tokyo Olympics, the Philippines’ long cherished dream of landing the elusive gold medal may finally be realized.

Deputy Speaker Mikee Romero is rallying all National Sports Associations (NSAs), along with all major sports stakeholders in supporting President Duterte’s action to increase the country’s budget for the 2020 Tokyo Games.

“With the President stepping in, I do believe winning an Olympic gold now is no longer impossible,” said Romero, days after the Chief Executive pledged a budget of P100 million to be spent for the country’s Olympic bid.

“Let us support President Duterte’s wish of quenching the country’s thirst for an Olympic gold,” added the representative of 1Pacman partylist.

President Duterte personally welcomed members and officials of Team Philippines at Malacanang last Wednesday in the aftermath of the country reclaiming the overall title in the Southeast Asian Games.

“We will try to raise the money,” the President told his audience during the awarding of financial incentives to all SEA Games medal winners. 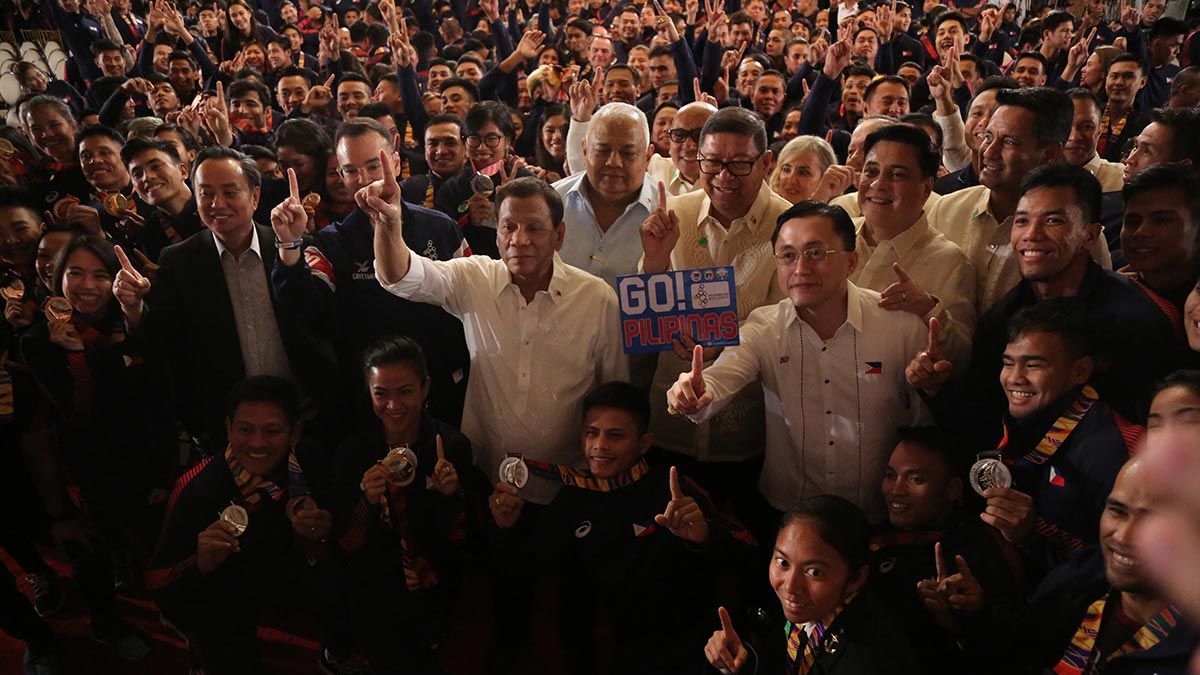 Team Philippines won a record 149 golds, 117 silvers, and 121 bronzes in ruling the 30th edition of the biennial meet.

“The blood, sweat, and tears that you have shed to earn this prestigious recognition is truly inspiring,” the President noted.

“I thus take this opportunity to congratulate everyone who played an integral part in its success. This outcome serves as a testament to the great things we can achieve when we work together.”

Romero also vowed to support all the measures being undertaken by the Philippine Olympic Committee (POC) under president Abraham ‘Bambol’ Tolentino as the country bids for another Olympic campaign.

“Our success in the SEA Games which Cong. Bambol masterminded by staging 529 events in 56 sports was a proof that we can win big if we work as one,” said Romero.

“In the past, politicians who dabble as sports leaders were criticized for using sports as personal platforms. But in this era of sports, we are sportsmen first and politicians second,” Romero said. “And Cong. Bambol proved that.”

The 30th SEA Games also marked the first time that POC doled out additional cash incentives to all Filipino medalists.

Tolentino, also the cycling federation president, mustered the support of his fellow congressmen who contributed to the POC incentive program.

The one-time basketball godfather also made special mention the names of boxers Nesthy Petecio and Eumir Felix Marcial who have good chances of earning Olymic berths,

“These are the athletes who have what it takes to give us the sporting glory we all dream of. Under the watchful eyes of PSC chairman William Ramirez, I am convinced we can finally end our long search for an Olympic gold,” added Romero, a member of polo team that settled for the bronze medal in the SEA Games.