MIKE DiGregorio has yet to play an official PBA game with Alaska, but he firmly believes his new team is just about ready to relive its glory days in the PBA.

During an offseason photo shoot where the entire organization from the coaching staff to the players to the utility staff were present to celebrate the team's 35th anniversary, all of the 14 trophies the Aces won since their inception in 1986 were on display.

DiGregorio said seeing all those titles during the photo shoot motivated him even more to help the Aces capture another championship.

“That was great,” said DiGregorio in an interview with SPIN.ph. “Alaska is a team of winning tradition. You want to be part of that tradition. They have such rich history, so many great players, so many great teams, grand-slam winning teams which coach Jeff [Cariaso] was a part of. A lot of rich traditions.”

“That serves as motivation. It really, really is motivating to be part of that and to push for another championship. I can’t say it enough. It’s beyond motivating. You see those trophies, you want to be part of that, too. You want to be a champion and add to that legacy. It’s something that I know the whole team is pushing for and really striving for. It’s a motivating factor everyday.”

DiGregorio was recently acquired by Alaska from TNT in exchange of Simon Enciso - the latest stop in a career that had its best moments during his time with Blackwater.

DiGregorio was impressive during the lead-up to the Philippine Cup, averaging 17.8 points in seven preseason games. He was supposed to make his official Alaska debut on March 13, but the season as mothballed due to the COVID-19 pandemic.

Apart from the DiGregorio move, Alaska was also able to acquire Robert Herndon and Rodney Brondial as part of the Chris Banchero trade. Maverick Ahanmisi was also obtained by Alaska in a trade with Rain or Shine.

Those players joined a core made up of Vic Manuel, JVee Casio, Jeron Teng, and Sonny Thoss, who will be retiring at the end of the 2020 season.

DiGregorio is confident that Alaska has what it takes to win its first championship since the 2012-2013 Commissioner's Cup with the pieces it now has, and can contend with the likes of San Miguel, Barangay Ginebra, and TNT, among others.

“We could do it now. I truly believe that. If I didn’t believe that in my heart, I wouldn’t say that,” said DiGregorio. “I really believe that we can do it now. If we take care of business on a daily basis, we hold ourselves accountable and we do what we are supposed to do, I think we have the talent to do it.” 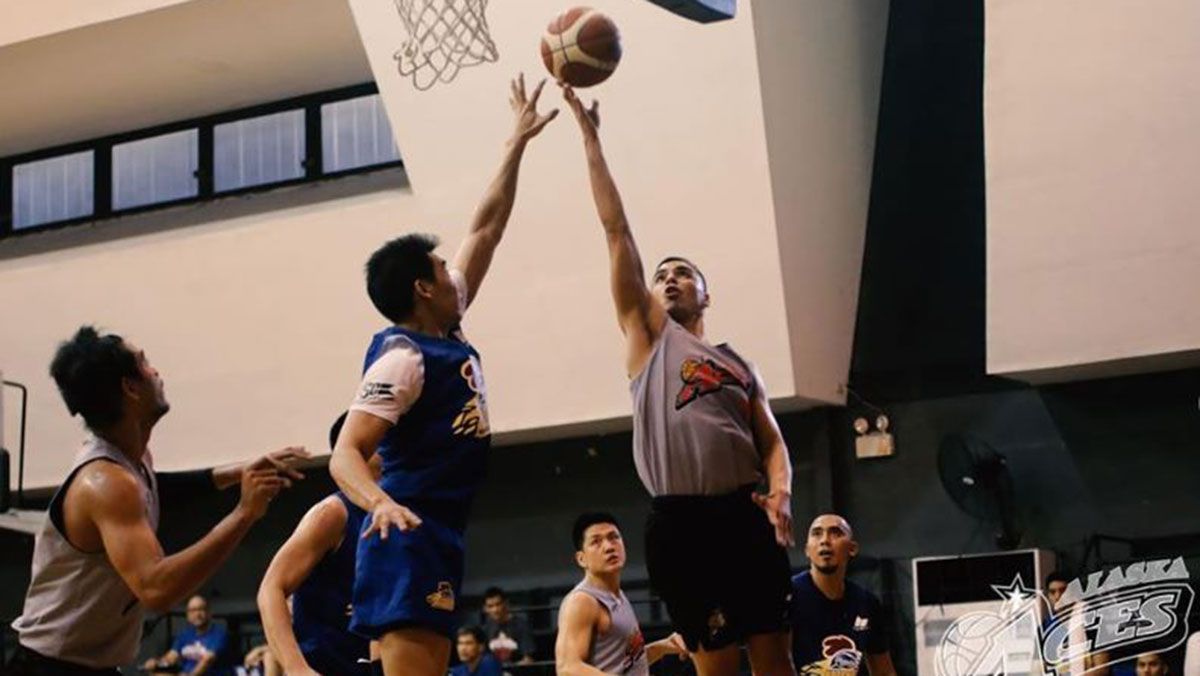 “I know on paper, everybody obviously goes for the heavy favorites which is rightfully so – the San Miguel group, Talk ‘N Text. But I believe we can do it now and that’s something that I’m going to keep working for until it happens.

"I’m not going to stop ‘till we get the championship and I believe our whole group has the same mindset. If we can get it done now, why wait.”

DiGregorio admitted there was disappointment on his part after the season was stopped, considering that the Aces had an impressive preseason that saw them beat defending champion San Miguel and Barangay Ginebra.

But DiGregorio understands that the situation is bigger than basketball. For now, DiGregorio said he continues to work out and keep himself in shape in preparation for the resumption of the season.

“We had a lot of momentum going into the first game. Beside the results of the win-loss column, I felt like collectively, we were all playing well together. Chemistry was really going well. The guys, all of us were working hard, pushing towards our first game.

“It did show in the win-loss column. But besides those numbers, I think collectively, the feel-good vibes, everybody was on a high going into the first game and coach Jeff was doing a good job with us,” said DiGregorio.