ANTIPOLO – Allen Durham had 36 points and 13 rebounds to lift Meralco to a 95-83 win over TNT in Game Four on Saturday at the Ynares Center to force a rubber match in the PBA Governors’ Cup semifinals.

Durham carried the load for the Bolts particularly in the second half to gain another opportunity to clinch a finals berth after a sorry loss in Game Three.

The Bolts overcame a shaky start in the match for arrange a do-or-die Game Five set on Monday at the Ynares Center here.

Meralco coach Norman Black said the team was hungry for the victory after the Game Three defeat highlighted by the much-talked about late turnover when Durham passed the ball to Cliff Hodge, who was not part of the game in the final seconds.

“I’m proud of the way the players responded tonight under pressure,” said Black. “We were in a do-or-die situation where if we lost, we are going home. Everybody was really attentive in practice when it came to making adjustments for our game plan in this game.”

“Our defense really held up unlike last game in the third quarter when we gave five three-point shots. That was one of the keys tonight,” said Black.

Durham kept the game even close after starting a 6-0 blast to trim the deficit to one, 39-38, in the second quarter. Meralco tasted the lead again on a triple by Chris Newsome, 44-42, and later ended the period with a 7-0 run thanks to five straight points from Bong Quinto for a 51-45 lead.

The Bolts went to Durham at the post early and often in second half, pouring in 14 in the third period to sustain their lead, 73-68.

Baser Amer had 10 of his 12 points in the fourth quarter and he conspired with Durham in that pivotal period to take the victory. Durham scored six straight points for the Bolts for an 84-75 lead, and Amer buried a three with 39 seconds left to seal the game, 95-83. 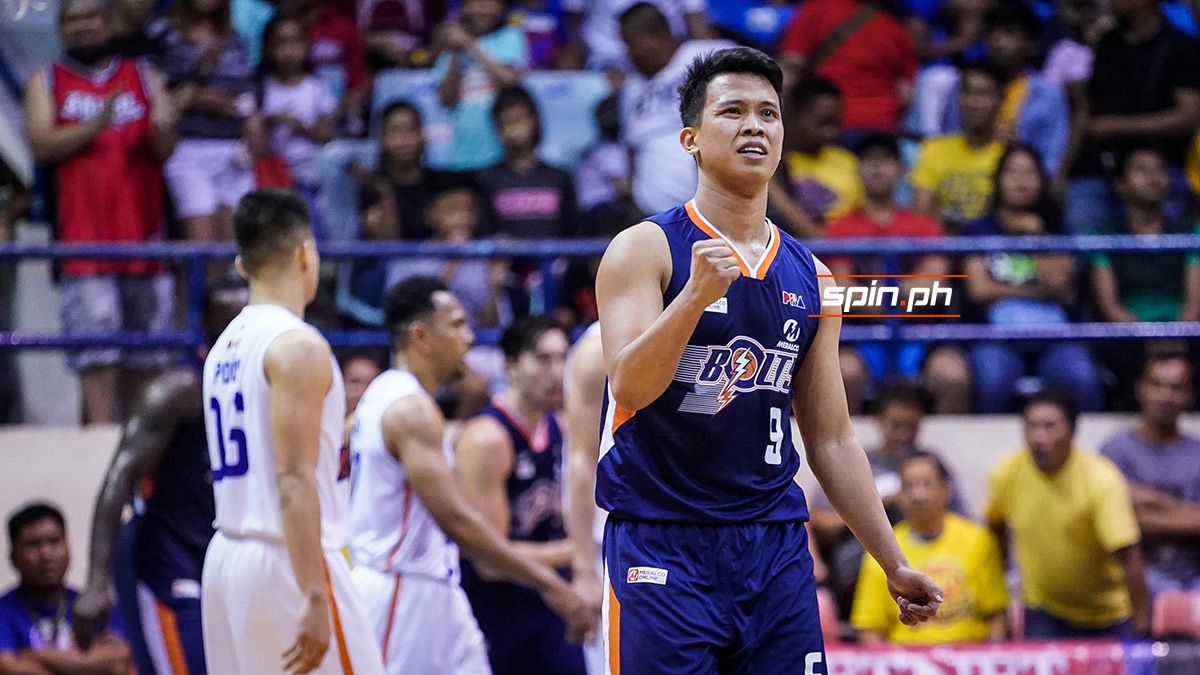 Newsome added 10 points and nine rebounds, while Hodge also made up for his mistake in Game Three by grabbing seven rebounds, second best to Durham in the match.

KJ McDaniels had 26 points and nine rebounds, while Troy Rosario had 15 points in a loss by TNT.