MERALCO sent five-time defending San Miguel on the brink of elimination with a stunning 78-71 victory on Friday in the quarterfinals of the PBA Philippine Cup at the Angeles University Foundation Sports Arena and Cultural Center.

Reynel Hugnatan and Aaron Black came up with crucial plays for the Bolts to shut down a late Beermen rally as the fifth-seeded team forced a rubber match in their playoff for a seat in the semifinal round.

The victory, which came a day after the 63rd birthday of coach Norman Black, moved the Bolts within another victory this weekend of ending the Beermen dynasty in the most prestigious conference of the league.

The win-or-go-home match happens on Sunday. 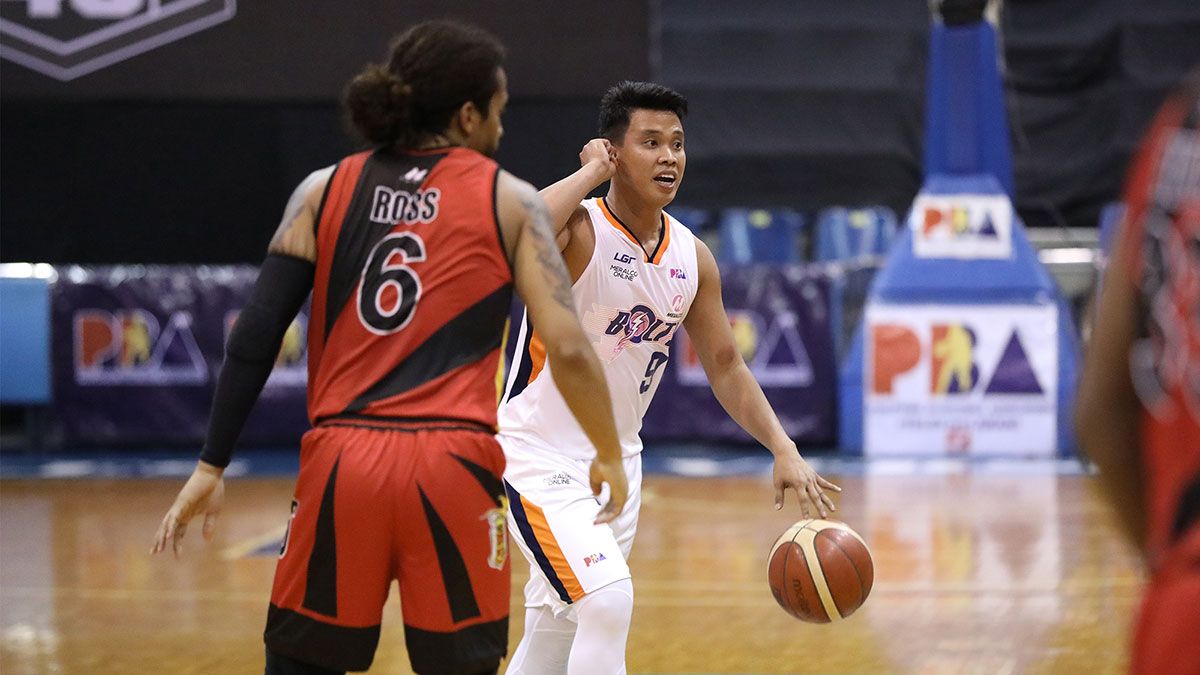 “My birthday was yesterday, but I’ll take these gifts even though it’s a day late,” said Black.

With San Miguel down by only four, 71-67, Hugnatan scored a jumper followed by a triple by Black from the left corner, his third in the game, to increase the lead all of a sudden to nine with 1:57 left in the game.

Hugnatan also did it on defense, swiping the ball away from Mo Tautuaa in the post on the ensuing play, taking precious seconds away from the Beermen late in the contest.

The 42-year-old Hugnatan, returning after resting in the final few games of the eliminations due to groin tightness, had 16 points, seven rebounds, and two steals, while Black, 23, added 14 points for the Bolts.

Baser Amer contributed 12 points and scored on a running shot with 15 seconds left to settle the final score.

“We really needed this win to put a little bit of pressure on San Miguel and send it to a best-of-three series. Our guys played with a lot of heart tonight. They really played hard. We didn’t shoot the ball extremely well tonight. We shot the ball poorly but at the same time, our defense held up,” said Black.

Meralco opened the game with an 11-2 run to grab a 19-6 lead. The Bolts raised their lead to 33-17 with Hugnatan and Amer hitting shots against the Beermen.

San Miguel made the ballgame interested with Lassiter burying a triple to cut the deficit to four points, 62-58, early in the fourth. Paul Zamar also made back-to-back baskets, 71-67, to continue to keep within distance of Meralco.

Mo Tautuaa finished with 14 points and 11 rebounds, and Lassiter totaled 12 points but the Beermen failed to come up with the come-from-behind win after struggling from the field and shot just 5 of 32 from threes.

Both teams also missed key players with Alex Cabagnot not playing in the match, and Raymond Almazan suiting up for just two minutes after suffering an injury in his left knee due to a collision with Von Pessumal.