ALLEN Durham towed Meralco to a 92-74 win over Columbian on Friday in the PBA Governors’ Cup to move closer to a twice-to-beat advantage in the quarterfinals.

Durham had 34 points and 14 rebounds as the Bolts kept their hot streak going, winning their fourth straight game at the Smart-Araneta Coliseum, and stay in third place with a 7-2 win-loss card.

The Dyip lost their second straight game to fall to 4-6, but are still in seventh place in the team standings.

Meralco missed the services of Baser Amer due to an injury, but the Bolts were in control the whole game to pick up the victory. Raymond Almazan also had a double-double as he had 18 points and a career-high 24 rebounds for the Bolts, who led throughout the game.

“I told the players before the game that if we are going to win this game, it would have to be with defense. I felt that way because we were missing our best outside shooter tonight in Baser Amer,” said Meralco coach Norman Black.

“I was hoping we would come out and shoot the ball a lot better tonight but we did struggle from the perimeter and we struggled from three-point land, but our defense was pretty solid and our two big man also, from my point of view, dominated the game,” Black said. 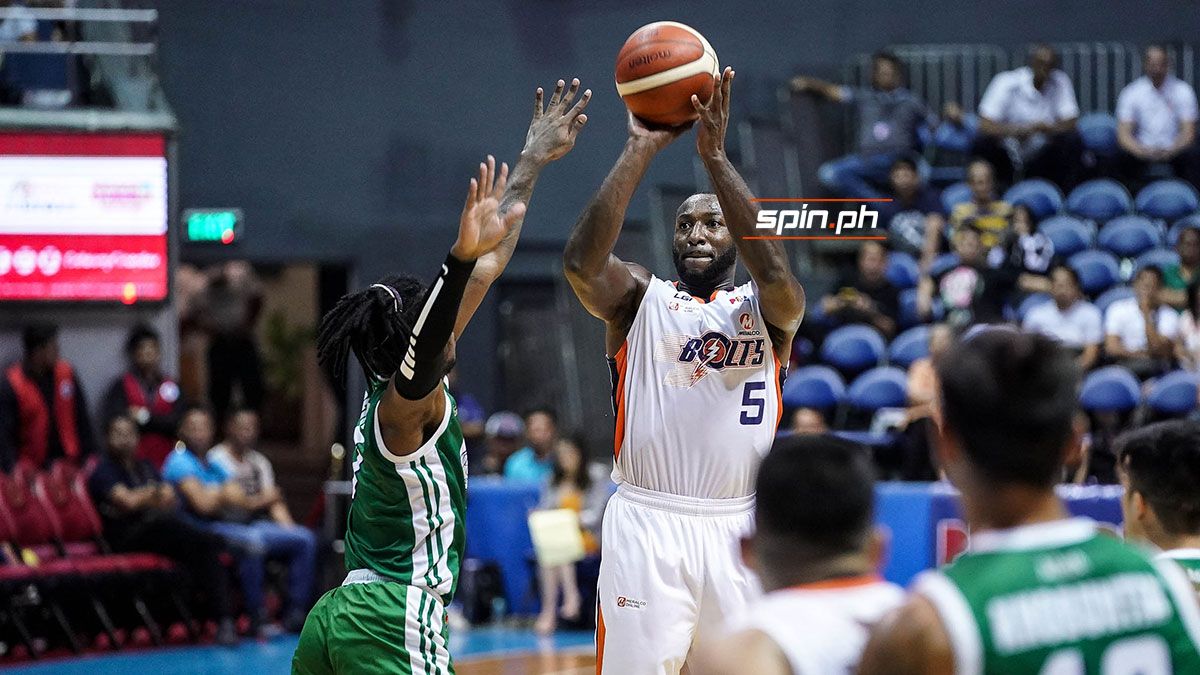 Durham scored on a dunk off a lob by Bong Quinto, a part of a strong first quarter that saw the Bolts lead, 25-11. The lead reached 18 points in the second quarter, before taking a 45-29 halftime lead.

Columbian recovered and sliced the gap to four points, but the Bolts answered as a 7-0 run got them a double-digit lead once again, 64-51, before it ballooned to as high as 21 late in the game.

“If you study their games, that’s the way they play. They are a team of runs and whenever they can get out on the fastbreak and force turnovers, they are able to get back into the game against you. Our goal tonight was to make them play halfcourt offense as much as possible because they are one of teams in the league that takes a lot of shots per minute, they take early shots, and we felt that if we can get back on defense and make them play offense, we have a better chance of winning against them,” said Black.

The Bolts play NorthPort on Sunday at the Ynares Center in Antipolo City.

CJ Perez had 21 points, and Khapri Alston had 19 points and 16 rebounds for the Dyip, who will play Ginebra in its last game of the eliminations on November 15.