Resurgent Meralco survives Blackwater fightback to win it in OT

ANTIPOLO CITY - Meralco finally put together a winning steak in the PBA Commissioner's Cup after surviving a tough stand by Blackwater in overtime, 102-98, Friday night.

Allein Maliksi and Aaron Black hit clutch baskets in overtime, while import KJ McDaniels provided the biggest defensive play of the game to help the Bolts win a second straight time and improve to 3-5 overall. 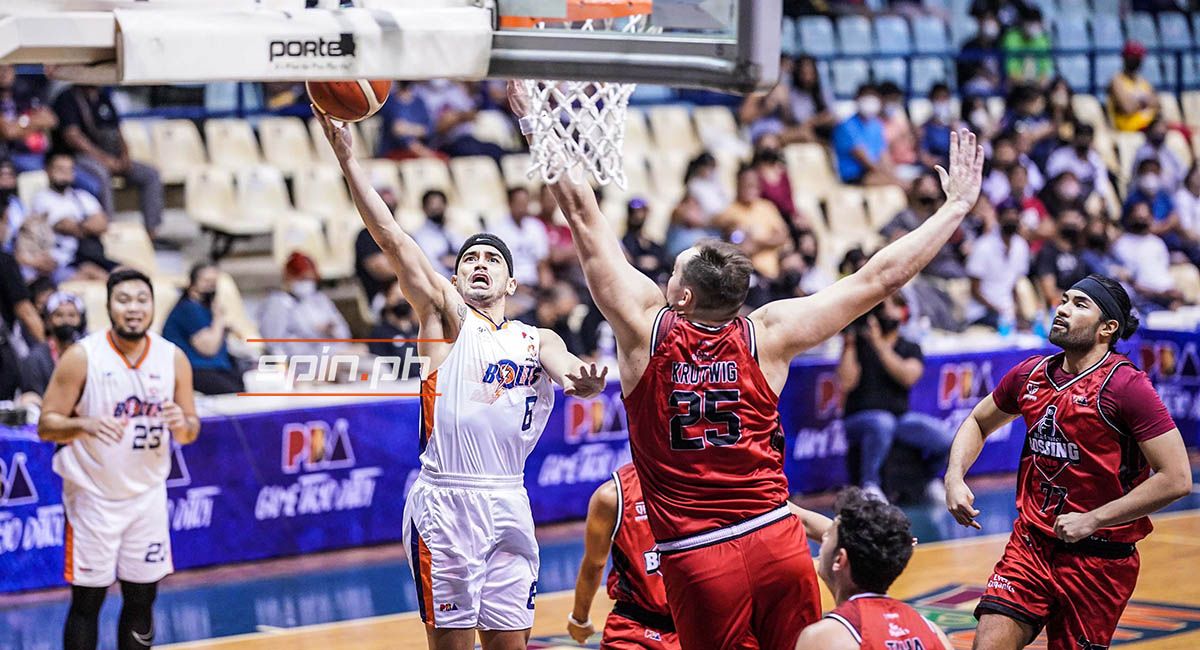 The Bossing lost for the fourth straight game, but not after fighting back from 13 points down to force overtime behind sparkplug Mike Ayonayon.

“We’ve given ourselves a chance, a fighting chance. If we can just continue to raise the level of play, then I think we have a chance,” said Meralco coach Norman Black of the prospect of making it to the playoffs.

McDaniels led the Bolts with 26 points, 16 rebounds, and five assists, but it was his crucial block on what appeared to be an easy Barkley Ebona basket underneath which prevented Blackwater from taking the lead in the extra period with 42 seconds to go and the score knotted at 96.

That huge defensive gem paved the way for Maliksi to hit his second 3 for the night as the Bolts took the driver’s seat for good, 99-96.

Aaron Black led all Meralco locals with 18 points and nine rebounds, while making two crucial free throws with 12 seconds left that made it 101-98.

Blackwater fell to a 3-7 record despite the 23-point, 19-rebound job by import Cameron Krutwig, while rookie Ato Ular also had a double-double of 15 points and 13 rebounds.

Gab Banal had 14 for the Bossing, so did guard Trevis Jackson as he played against the team that picked him in the first round of the 2018 draft.