Chris Newsome gets vote as PBA Player of the Week

MERALCO survived hell week on the way to clinching a quarterfinal berth in the PBA Philippine Cup, thanks to Chris Newsome.

Ranged against the powerhouse SMC troika of Barangay Ginebra, Magnolia, and San Miguel in a week-long stretch, the Bolts stood their ground and won two of the three games that propelled them to the playoffs.

The team pulled it off without coach Norman Black, whose mother passed away in the US last week, with deputy coach Luigi Trillo and team captain Newsome steadying the ship for Meralco.

During the crucial span, Newsome put up all-around numbers while holding his own on the defensive side to help the Bolts climb to 6-4 and solidify their place in the Top 6 for a spot in the best-of-three series.

The high-flying guard averaged 19.7 points, 5.3 rebounds, and 4.7 assists to go with 1.3 steals in three big games for Meralco, earning for him the Cignal Play-PBA Press Corps Player of the Week honor for the period covering July 13-17.

In a hotly-contested race for the weekly honor, Newsome prevailed over Rain or Shine’s Rey Nambatac and San Miguel’s June Mar Fajardo following a close vote from among the men and women who regularly cover the PBA beat. 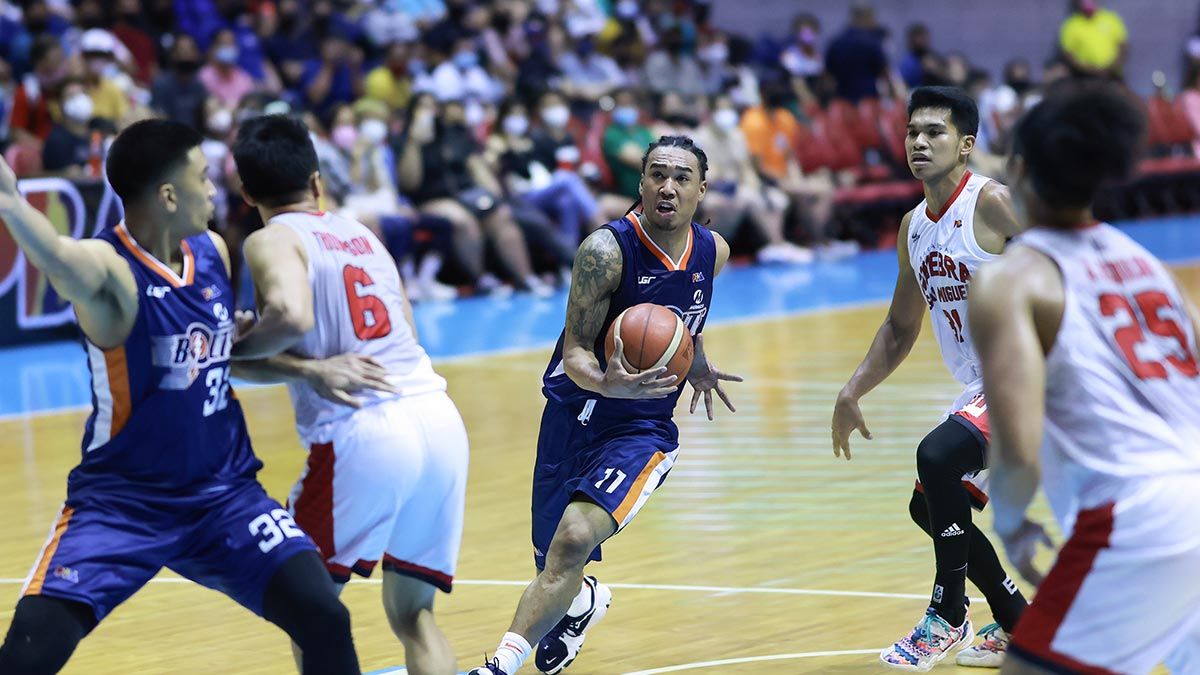 Chris Newsome and the Bolts secure a quarterfinal seat with a game to spare.

The former Rookie of the Year started the week with 19 points, seven rebounds, four assists and two steals in Meralco’s 90-73 rout of Barangay Ginebra.

“We feel if we’re capable of getting through that together, then we’ll be prepared come playoff time, and I think that’s exactly what this last stretch did. It got us ready for the playoffs.”