Shabazz on first meeting with Meralco: ‘I think I’m in my groove now’

The storyline of course is obvious enough.

Muhammad was initially supposed to play for the Bolts upon signing the team contract, but a last minute personal matter aborted the stint. Meralco had since signed American-Panamanian Tony Bishop.

But the 29-year-old Muhammad suddenly became available and found himself taking his act to the Beermen as a replacement for fellow former NBA player Orlando Johnson.

Now it has come to this – Muhammad facing his original team heading to the final two weeks of the eliminations and both teams trying to position for a playoff berths and a twice-to-beat advantage.

It would be surprising then, if emotions will be a little bit high come the 6:35 p.m. encounter at the Smart Araneta Coliseum, which Muhammad said as ‘that should be the game.’

"It’s going to be a fun game,” said Muhammad, who is so far 1-1 since he took over the place of Johnson.

“I think I’m in my groove groove now so I’m gonna be ready to go.” 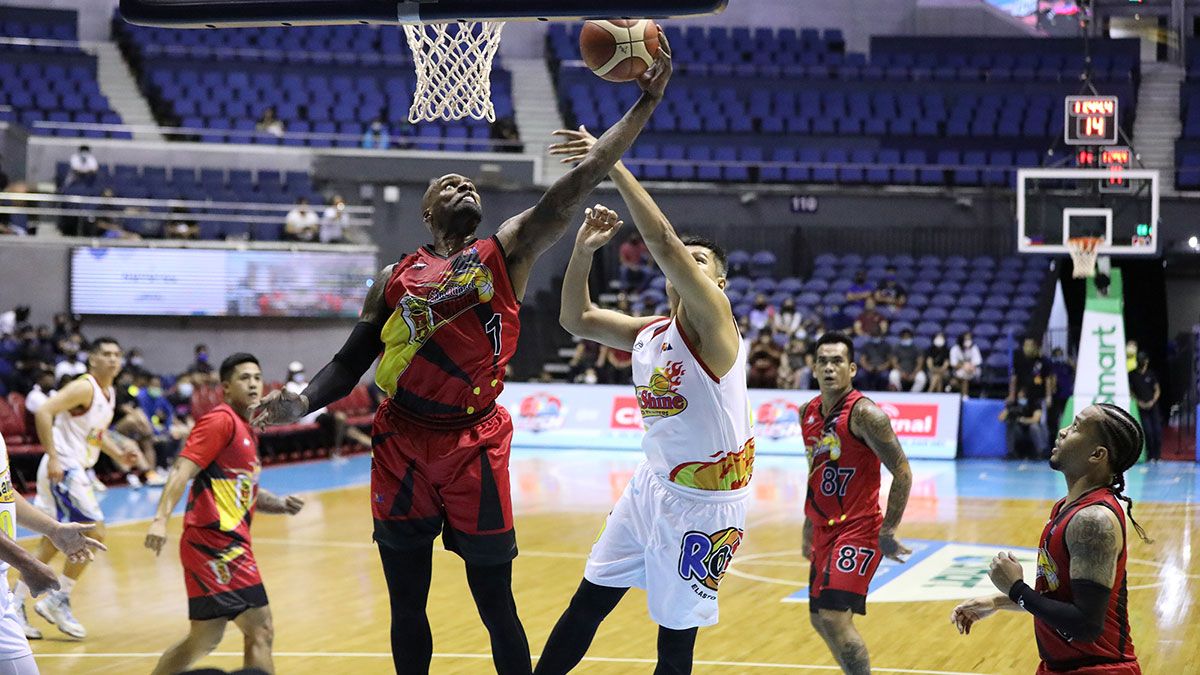 Shabazz Muhammad has averages of 30 points and 19 rebounds.

The Bolts have long moved on since abandoning the plan of bringing in Muhammad as they tapped the services of the 32-year-old Bishop, who is averaging 27.6 points, 13.7 rebounds, and 4.1 assists in transforming the team into a huge title contender this conference. Meralco however, lost its last two outings against Alaska and Magnolia.

Muhammad meanwhile, has come through for 30.0 points, 19.0 rebounds, and 4.0 assists in the two games he played for San Miguel so far.

He can’t wait to put up huge numbers again opposite Meralco especially with the stakes high in the much-awaited game.

“I can’t wait for that game because we have to finish out with a win for the regular season,” said Muhammad, who is a Muslim.