Meralco tightens grip on No. 2 with victory over Blackwater

The Bolts sent the Bossing reeling to one of the ignominious records in PBA history with a 104-97 win on Saturday in the Philippine Cup at the Don Honorio Ventura State University gym.

Behind a fast start anchored by guard Trevis Jackson, the Bolts jumped to a huge early lead before overcoming a gutsy stand by the hard-fighting but winless Bossing.

Their second straight win propelled Meralco to a 7-2 record and on track of clinching the No. 2 seed - and a twice-to-beat advantage - in the all-Filipino conference for the first time in franchise history.

The opposite meanwhile can be said of Blackwater.

The Bossing now holds the record of being the team with the most number of consecutive losses in league annals, surpassing the 18 previously held by the 1980 Presto team. 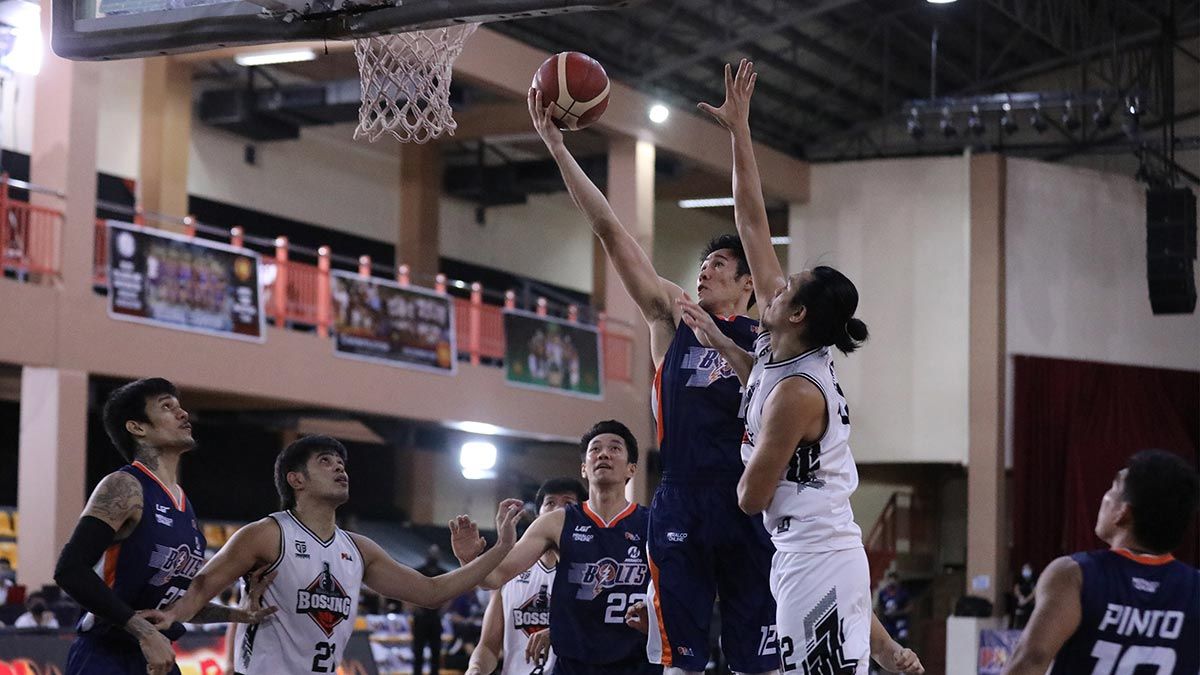 Mac Belo and the Bolts notch their seventh win in nine games.

Blackwater also became the first team to go without a win in a conference since KIA also went 0-11 in the 2017 Governors Cup.

The Bossing lost their last eight games in the Clark bubble last year before bowing out winless this conference.

In fairness to the franchise, it went down fighting hard in its final game in Bacolor, Pampanga, razing a big 29-point lead in the third quarter to just 100-95 at the final 1:49 mark on a three-pointer by Simon Enciso.

But the Bolts had a ready answer as Anjo Caram hit one from downtown as well that all but took the fight out of the Bossing.

"Winning this game is very important for us. Even though it wasn't pretty in the second half, I'll take it," admitted coach Norman Black after seeing Blackwater scored 59 points against his team in the second half.

Allein Maliksi topscored with 21 points and 10 rebounds for the Bolts on his 34th birthday, Raymond Almazan with 15 points, 17 rebounds, and three blocked shots, while Jackson had 14 points, all scored in the first half.

KG Canaleta, Mike Tolomia, and Richard Escoto all had 15 each to pace Blackwater, with Escoto's output being a PBA career-high.

Also with a career-best is Bossing rookie Joshua Torralba with 12.