MERALCO stayed unbeaten with KJ McDaniels as import, beating sister team TNT, 97-91, on Wednesday in the 2022-23 PBA Commissioner’s Cup at the Smart-Araneta Coliseum.

The Bolts won their third straight game to improve to 4-5 (win-loss) since McDaniels replaced Johnny O’Bryant, staying very much alive in the race for a place in the quarterfinals.

McDaniels compiled 26 points and 14 rebounds forthe Bolts, who also got a boost from Raymond Almazan's 21 points and 11 rebounds.

Meralco's win spoiled the return of Mikey Williams after a one-week suspension for TNT, which also dropped to 4-5 win-loss.

“This was a big win for us. Huge win,” said Meralco coach Norman Black. “Getting past TNT is something you don’t do every conference. It certainly gives us a light at the end of the tunnel.”

The Bolts went on a 7-0 run capped by an Almazan lay-up to grab the lead at 85-80. The Tropa got within two, 90-88, but the Bolts responded with five straight points capped by another clutch Almazan basket.

Almazan’s crucial baskets completed Meralco’s comeback from a 41-30 deficit in the second, the largest of the ballgame.

Meralco and TNT now share seventh place in the team standings as of posting time. 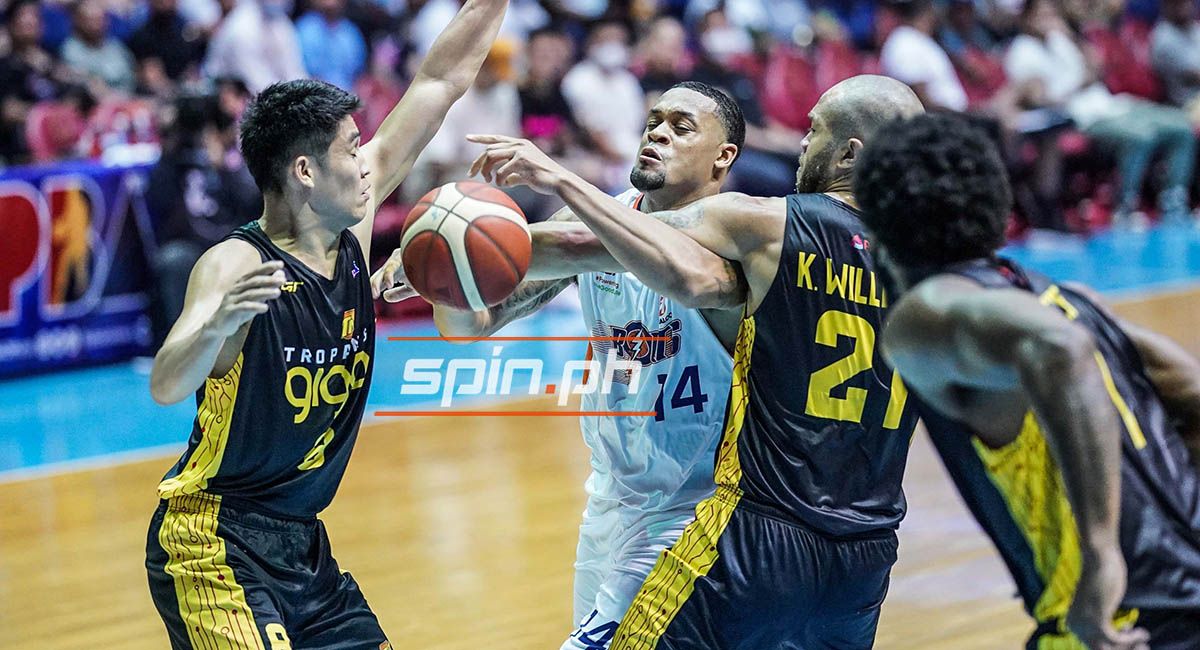 Williams returned for TNT with 20 points but was limited to only five in the second half primarily due to the defense of Chris Banchero.