TONY Bishop and Chris Newsome put Meralco back in control of the PBA Governors Cup Finals after a gritty 83-74 victory over Barangay Ginebra in Game Three on Sunday at the packed Mall of Asia Arena.

Bishop and Newsome churned out double-doubles and nailed crucial baskets late in the match as the gritty Bolts bounced back from a Game 2 loss to take a 2-1 lead before 16,104 spectators, mostly Ginebra fans.

Game Four of the best-of-seven championship series is set on Wednesday at the Smart-Araneta Coliseum with the Bolts eyeing a commanding lead in their fourth finals face-off with Ginebra the past five years.

Bishop finished with 30 points and 16 rebounds, Newsome added 20 and 11 boards, while Allein Maliksi bounced back from a scoreless Game Two to hit 10 points including a basket that helped Meralco pull away in the final quarter.

Cliff Hodge also anchored a solid defense for the Bolts that held Ginebra to its lowest output in the finals.

Ginebra's 74 points was also the lowest in the conference, eclipsing the 80 it scored during a win over Alaska last December 12. It was also the lowest output since its 84-71 loss to TNT in the Philippine Cup quarterfinals last year in Bacolor, Pampanga.

“I sound like a broken record sometimes but both teams played really good defense tonight and you can tell that by the score,” said Meralco coach Norman Black. "It was difficult to score out there and it was a matter of getting some stops and try to hold on as long as we could." 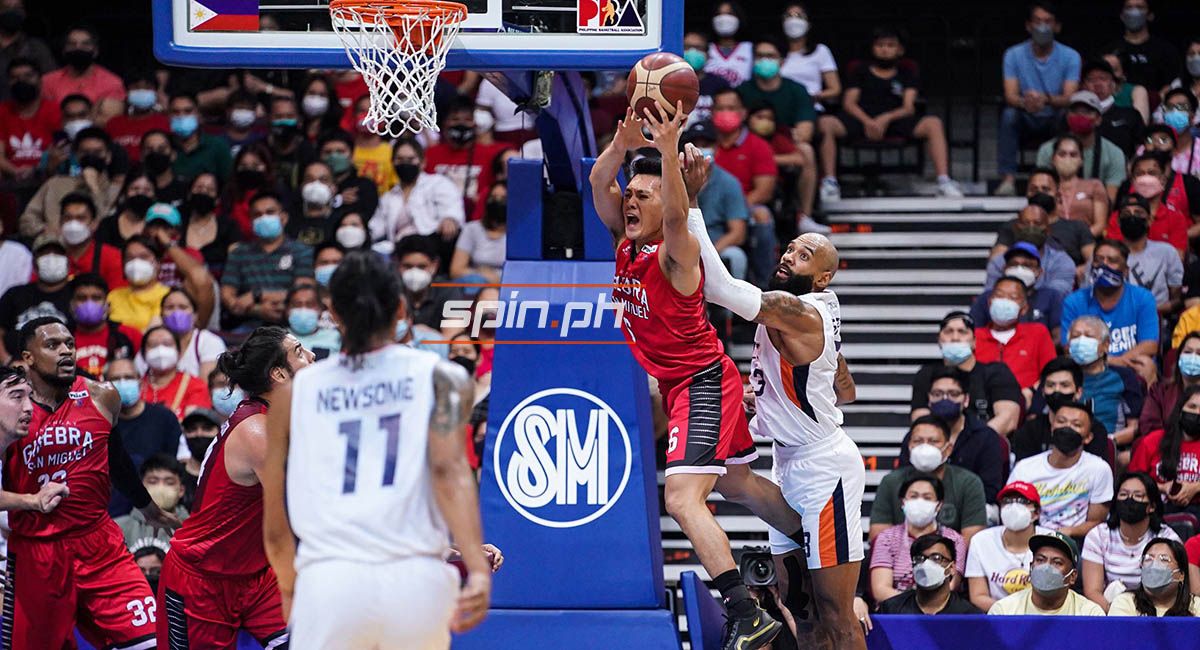 Bishop provided the highlight of the game with a dunk that brought the Bolts to a 77-71 lead in the fourth. That was part of a 14-5 finish by the Bolts with Bishop converting another field goal with 3:06 left for an 81-74 lead before the defense held on.