Instead of dishing off pain, ex-MMA fighter now brings relief as SMB therapist

AFTER cooling down at the end of San Miguel Beer practice at Acropolis gym on Tuesday, Marcio Lassiter went up to the massage table and lied down on his chest to get some rubbing from his go-to guy, Ray ray Carlos.

As SMB’s assistant physical therapist, the 29-year-old team staff gives the players the medical attention they need, especially in the ongoing PBA Philippine Cup Finals against Magnolia that’s starting to get more physical by the day.

Unknown to many, the SMB staff is a former mixed martial artist, seeing action in a handful of amateur leagues, and going as far as stepping into the Universal Reality Combat Championship (URCC) stage, once the top pro local MMA league in the country.

Carlos has been in MMA since 2008, starting it as a hobby when the pint-sized SMB staffer was a freshman at University of the East in Recto where he graduated with a physical therapy degree. 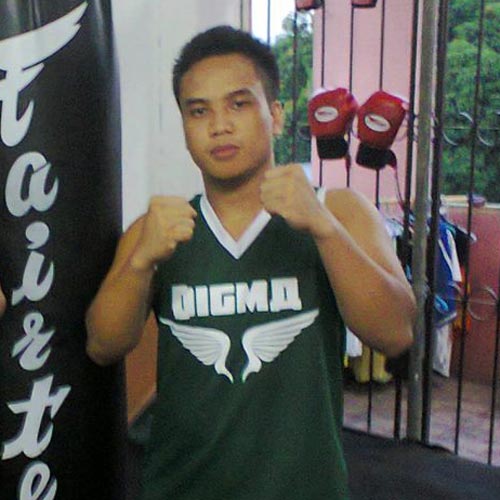 In just seven months, Carlos felt ready enough to participate in his first tournament, the URCC University Challenge where he fought in the 119-pound division and lost in his baptism of fire.

But Carlos found it addicting that it reached a point where he would take a fight in a day’s notice, forcing him to skip class.

His next major tournament was a URCC qualifying event where he fought and lost to a veteran in Reggie “Baby Ama” Amarante, a product of the boxing reality TV show “Kamao.”

Carlos earned his moniker “StingRay” and his first career win in Yaw-Yan Challenge II. Then, just a year after entering the sport, won his first amateur tournament, the United Fighting Extreme (UFX), where he fought three fights in one day to rule the bantamweight division.

His most notable fight was in URCC 14: Aggression when he fought Amarante in a rematch and lost via technical knockout in the second of two 10-minute rounds.

Carlos posted a 7-4-1 win-loss draw record in his amateur and pro MMA career, including a 1-2 pro win-loss card, with his win in the Real Cage Fighting in Ilocos, and the loss in URCC 14.

Juggling MMA and his studies, Carlos finally graduated from UE in 2013 and worked as a coach/PT for Orion MMA in Pasig, a group he co-founded.

A year later, he found his way to SMB where he has been attending to the needs of the Beermen and sometimes acting as a boxing trainer in a form of cross-training, rattling off Brian Heruela as one of those he was impressed with. 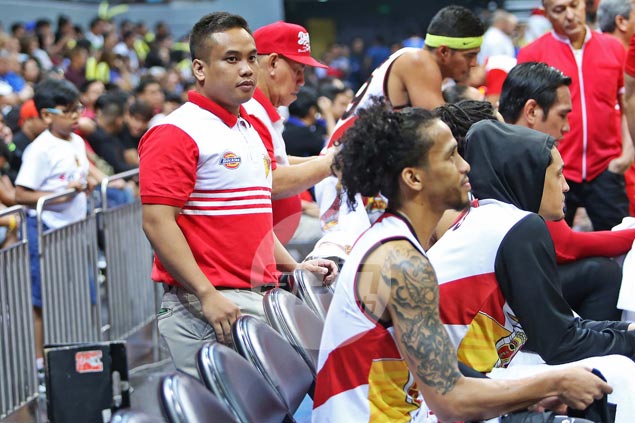 Carlos has slowly gone back to MMA as he was hired by a group to teach wrestling during his free time, pondering on a comeback.

But SMB is still his priority as he keeps the players from aches and pains most of the time.