WHEN Maurice Shaw finally plays for Blackwater this season, he's already guaranteed to make it to the history books as the second-oldest player to make his PBA debut at 35 years old.

The former Harlem Globetrotter, who was selected second overall in the regular round of the 2019 PBA Draft, turned 35 on January 8. But he may end up as th oldest rookie ever if this health crisis lingers.

According to PBA chief statistician Fidel Mangonon III, the oldest player to make his PBA debut was Manny Pacquiao. The eight division boxing world champion, who was the playing-coach for Kia in the 2014 season, suited up in his first game at the age of 35 years, 10 months, and two days.

Pacquiao, juggling his PBA career with his boxing and growing functions in government, finished his career with just seven points through nine games over two seasons. 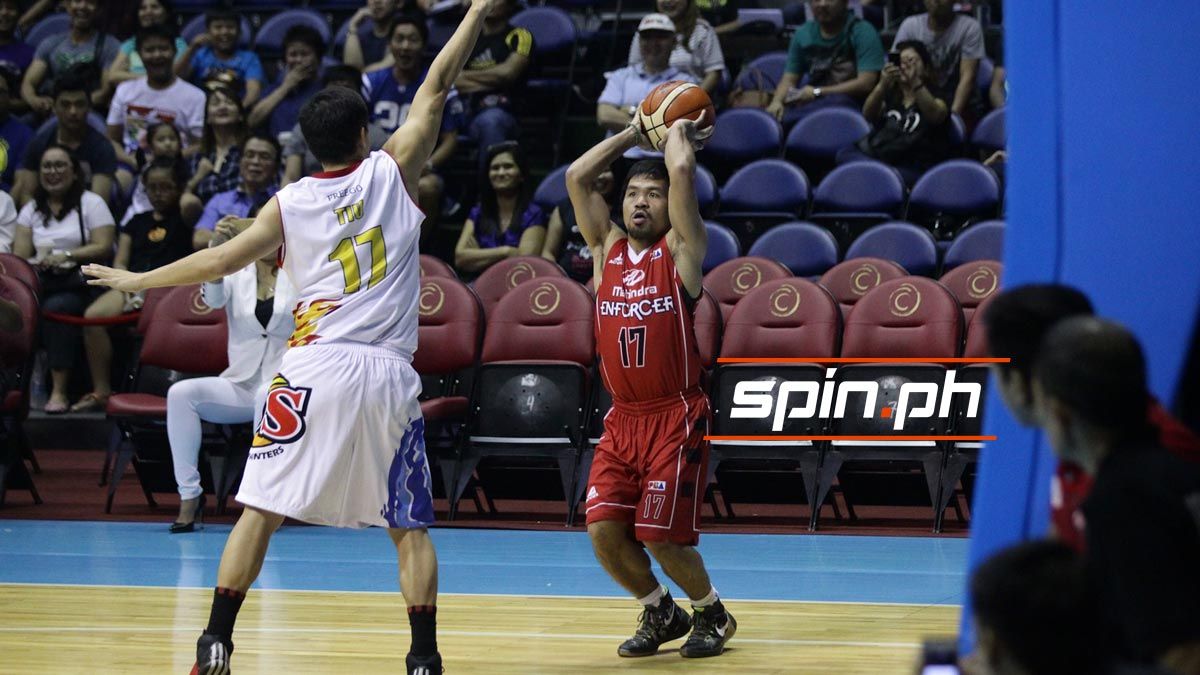 Shaw can become the oldest PBA rookie ever if he doesn't suit up earlier than November 11. But he hopes the wait won't be that long as he'll be happy to dislodge Jeff Sanders at No. 2 on the list.

The TIP standout, who had a stint with the Batangas Blades in the Metropolitan Basketball Association (MBA), was picked in the fourth round of the 2003 PBA Draft by Coca Cola but was left unsigned.

Ginebra picked up Sanders and he played his first game at the age of 32 years, two months, and 12 days. He averaged 2.7 points in three outings in his lone season in the league.

Rounding out the current top three in the oldest list is Lou Gatumbato, who waited for 31 years, seven months, and 13 days before he finally got his PBA break in 2010.

Undrafted in the 2004 PBA Draft, the playmaker out of St. Benilde got his chance six years later in Air21 and spent two seasons in the league, posting 3.3 points and 1.9 assists in the 16 games he played.

Watch Now
Read Next
read more stories about:
Watch Now
Read the Story →
This article originally appeared on Topgear.com. Minor edits have been made by the TopGear.com.ph editors.
POLL
Share this Poll:
Retake this Poll
Quiz
Quiz Result
Share this quiz:
Take this Quiz Again