MARK Andaya is looking to reach new heights in his first foray into the political arena.

Running for a council seat in the fifth district of Manila, the former PBA player is looking to stand out from the other candidates as he vowed to bring a different approach to public service if he succeeds in next month’s elections.

The 35-year-old former Letran Knights center, running under the ticket of former Manila mayor Alfredo Lim, is busy campaigning in the district that covers the areas of Malate, Ermita, Paco, Intramuros (where Letran is located), Port Area, Baseco, and San Andres Bukid.

The Singalong native known as ‘Big Mac’ shared he had long thought about going into politics ever since his college days in Letran, where he was the main big man of the Knights in the mid-2000s.

As soon as his PBA contract with Kia expired last year, Andaya had already been preparing for the shift to public service, setting aside his basketball career to try his hand at politics.

Andaya, however, stressed that despite his intention to be a public servant, this will be the first and only time he will run for a government post. 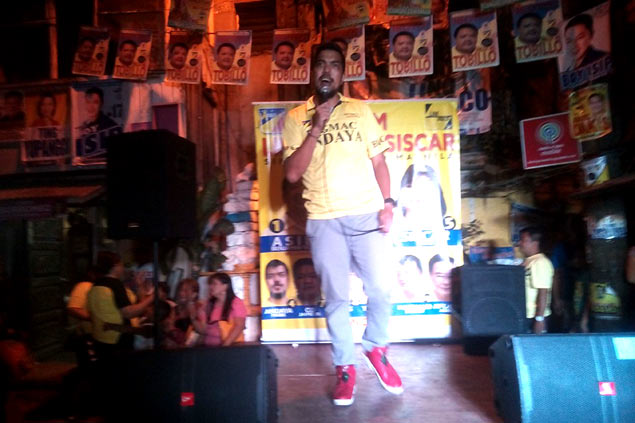 Highlighting Andaya's platform is an active sports program which he plans to launch in his district in hopes of producing the next best thing, not just in basketball but in other sports. Part of the plans are regular sports clinics which he vowed to offer free to the public.

Andaya also emphasized that he’s not running for office just for the sake of having a position in government. He takes his cue from Pacquiao, a congressman for Sarangani province who is also eyeing a seat in the Senate.

“I didn’t come here to join politics. I came to serve the people. I don’t want to be a trapo or a politician. Gusto kong makatulong sa kinalakihan ko,” said Andaya.

Winning a seat in the city council is his goal now, but Andaya said he would not mind if he loses in the next month's polls.