HER dream is no different to the dream of most Ginebra fans — have a souvenir jersey of a player from her beloved team.

Marge Cadiz's method was unlike no other: she wrote new lyrics to a nineties-era ode to Ginebra done by singer-songwriter Gary Granada and summoned enough guts to record a video and post in online.

Little did she know that the song will go viral, thanks to her fellow Ginebra fans.

Ginebra fans who have seen the video know her as Maria Gracia Gonzales. But she is really Marge Cadiz, a 26-year-old housewife who, like the millions of Filipinos, is hoping her favorite team will finally win a long-overdue PBA title.

On Tuesday, Cadiz did a cover of Sana Manalo Ang Ginebra, hoping to catch the attention of the team so she can perhaps get a ticket to watch a Ginebra game in the finals and score a souvenir jersey from a Ginebra player.

Cadiz has been a Ginebra fan since her elementary days, saying she was influenced by her father who would bet on Ginebra against his friends. She usually got a bonus from dad each time the Kings won.

“Every time na manalo ang Ginebra, may pasalubong siyang donut sa akin,” said Cadiz, who giggled that she had a crush on Jay-Jay Helterbrand back in those days.

To get her wish, Marge did what she does best — sing.

A singer by profession who worked in a hotel in South Korea years ago, Cadiz, with the help of her husband, wrote updated lyrics to the ditty sung by Bayang Barrios when it became popular during the nineties. 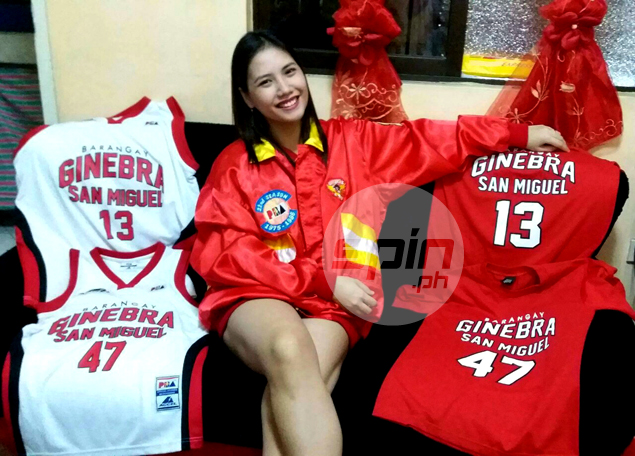 Marge said watching Ginebra win Game Two of the Governors Cup finals over Meralco on Sunday gave her the inspiration to complete the lyrics. She finished the song at around 8 a.m. the next day.

That was when she planned to put her version of the song on video. Although Marge admitted she wished the video would become viral to get the team's attention, she was hesitant at first to post it online.

[See WAGS Series: Meet the queens behind the Ginebra Kings]

To her surprise, the video became viral the next morning.

More than the free ticket and jersey, Cadiz said her overriding motivation for doing the video was to cheer the team on in its quest for a first PBA crown in eight years — hence the line, ‘Tuldukan n'yo ang walo, talunin n'yo Meralco.’

Marge is so excited about seeing Ginebra win a championship that she is already playing around with new lyrics to the Granada song, in the event the Gin Kings finally succeed.