PBA commissioner Willie Marcial on Wednesday defended the decision to lift the lifetime ban on Renaldo Balkman, saying his only intention was to give the 'remorseful' import a second chance.

Marcial gave the controversial import a new lease on life in March, five years after he was fined P250,000 and banned for life for choking then Petron teammate Arwind Santos during a game.

That cleared the way for Balkman's return to the pro league by way of San Miguel. He started practicing with the team on Wednesday and is set to make his season debut in a road game against Alaska on Saturday in Dumaguete City.

The decision, however, has come under fire from Alaska owner Wilfred Uytengsu.

"The commissioner's decision to overturn the lifetime ban on Balkman is ridiculous," Uytengsu told SPIN.ph on Tuesday. "What good are sentences if they are simply overturned because the erring party 'apologized?"

The outspoken owner also asked "what consideration went into such decision."

Marcial explained Balkman, through agent Sheryl Reyes, made an appeal for the lifting of the life ban as early as February, when the former was still officer in charge after the departure of Chito Narvasa.

The former chief of the PBA media bureau said he the issue simply fell on his lap when he was officially designated commissioner by the league board.

That was the only time he started consulting the league's legal and technical staff about the appeal.

Marcial insisted the issue went through the process and was properly vetted, counting consultations with Santos and former commissioner Chito Salud, who handed down the life ban.

Balkman also met with Games and Amusement Board (GAB) officials, he added.

In the end, Marcial said he made the call to lift the life ban on Balkman only because he believed the import was sincere in his apology and has mended his ways. 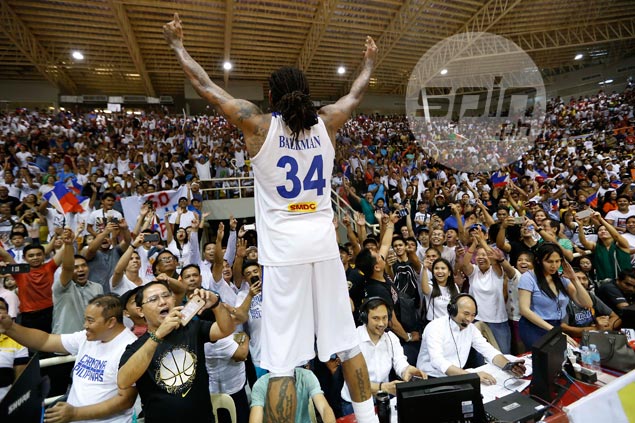 Marcial said he also seized a chance to personally explain his decision to Uytengsu during a chance meeting in a non-league function.