MARC Pingris underlined his leadership for Star on Friday when he gave his team a welcome, yet unnecessary boost in its blowout win over GlobalPort in the PBA Commissioner’s Cup.

After sustaining a cut above his left eye following a clash of heads with Rico Maierhofer late in the second quarter, the Hotshots star forward could’ve stayed on the bench with his team ahead by a mile.

Instead, he insisted on coming back, returning at the halfway mark of the third quarter with the Hotshots enjoying a 32-point edge.

And who was coach Jason Webb to refuse?

“Credit to the guys, special mention to Ping for coming back from that cut,” the rookie coach said. “When you have an emotional leader that’s willing to come back despite the lead, he really sets the tone for the entire team.”

Pingris, who needed four stitches to close the cut, brushed off the injury as he finished with 10 points, 11 boards, four assists, and one block in 27 minutes. 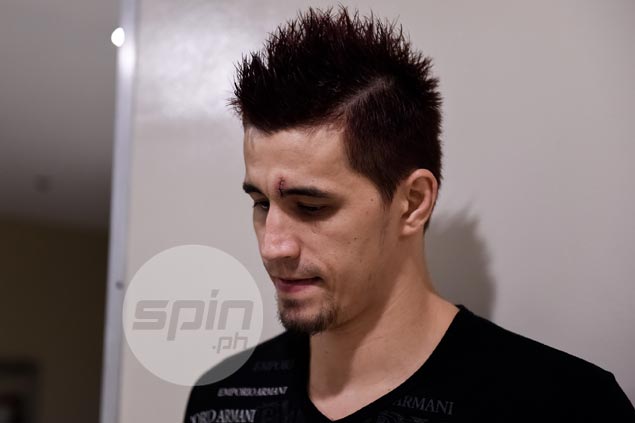 “Okay lang yung may sugat, pero yung foul, ako pa yung foul,” Pingris said with a smile, referring to the foul he was whistled for against Maierhofer. “Pero hindi naman sadya ni Rico. Part of the game ‘to. Wala sa amin ‘to.”