BIÑAN, Laguna– Marc Pingris rued that Star lost in its own game to Meralco in Game One of their PBA Governors’ Cup semifinal series on Sunday night at the Alonte Sports Complex here.

This side of the Final Four bracket was expected to be a grinding battle between two of the tournament’s best defensive teams, with the Bolts leading the way by allowing their opponents just 91.4 points per game and the Hotshots not far behind at 91.9 during the eliminations.

But the Bolts’ version proved to be better in the opener as Meralco held the Hotshots scoreless with almost four minutes left in the game to complete a comeback from as many as 17 points down and win, 72-66.

After all, the Bolts also found their offensive touch in the nick of time as they banked on a backbreaking 13-0 salvo to finish the game and completed their third come-from-behind win in four games the last seven days.

“It’s all about the defense talaga,” added the ‘Pinoy Sakuragi’, who contributed only four points on five attempts, four boards, and three assists in 32 minutes. “Nag-give up pa kami, fourth quarter pa.”

The Bolts’ defense was evident on the 24 turnovers they forced the Hotshots to commit, including four coming from Pingris. 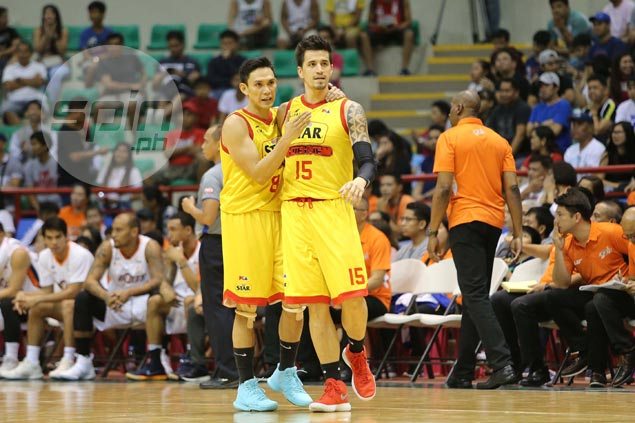