MARC Pingris, the acknowledged energizer of the Gilas Pilipinas teams that made waves in the Fiba-Asia championships and World Cup, is in doubt for the next edition of the national side under Tab Baldwin as he leaves for an emergency trip to his father's homeland.

Pingris said he is set to leave with his family for France on Tuesday, a day before members of the latest incarnation of Gilas converge for practice ahead of the 2015 Fiba-Asia championships in China, to be with his father's family after the death of the mother of his stepmom.

The longtime Gilas standout said he booked the trip days ago but only got the invitation to join the new Gilas pool from Baldwin on Saturday.

The veteran Star forward admitted he had long waited for the invitation from Baldwin and booked the trip for his family when no invitation came. Pingris said he has also informed Commissioner Chito Salud about his travel plans a long time ago.

And before fans point an accusing finger at San Miguel Corp., Pingris said he has gotten the green light from SMC big bosses to rejoin Gilas if he is called up.

Pingris added he will never turn his back on flag and country. 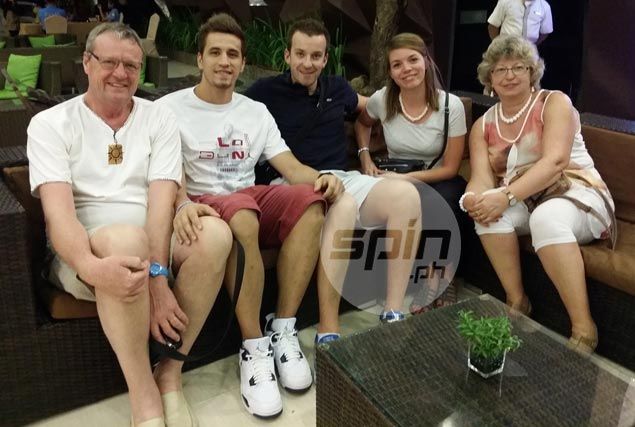 The news comes as another blow for Gilas, coming just five days after San Miguel superstar and reigning PBA MVP June Mar Fajardo told Spin.ph that he is doubtful for the national team owing to plantar fasciitis on both his feet.

Without Fajardo and Pingris, Gilas will be left without two starters from the team that took part in the last Fiba World Cup in Seville, Spain.

Pingris said he has informed Baldwin about his situation. As per the conversation, the Hotshots star said he was told his spot may be given to somebody else if he can't come back from France by August 3.

Pingris said he will leave the decision to the Gilas coaching staff, but made it clear he wouldn't want to bump off another player from the Gilas roster.

Pingris vowed to stay in top shape while in France, saying he plans to do daily roadwork in the mountain ranges of Normandy, France during his two-week stay there.

Star returns to practice on August 14.

Listen to interview with Pingris in this podcast: