Alvarez, who is chief executive officer of Columbian Autocar Corp., the distributor of Kia vehicles in the country, said he also expects Pacquiao to play a lot better during the season that he did in a preseason game against Blackwater where he logged one point, one rebound and two errors in 10 minutes.

It just so happened, Alvarez said, that Pacquiao's attention is divided right now between basketball and his upcoming title fight against Chris Algieri.

But more than Pacquiao's skills, the former pound-for-pound king also serves as an inspiration to the team, Alvarez said.

Asked on why they picked Pacquiao, Alvarez said it was because of his skills and capability as a basketball player and coach as well as for marketing purposes.

But when pressed on what weighed more in their decision, the Kia coach admitted: "Marketing."

Domingo said Kia is happy to see Pacquiao realize his dream to play in the PBA.

"Alam mo he is our boxing hero, he is our legend. Any way na makakatulong tayo to achieve his dream and one of his loves which is basketball, bakit hindi natin siya tulungan?

"He has brought us pride for so long as a boxer, bakit itong bagay na to di pa natin i-complement sa kanya." 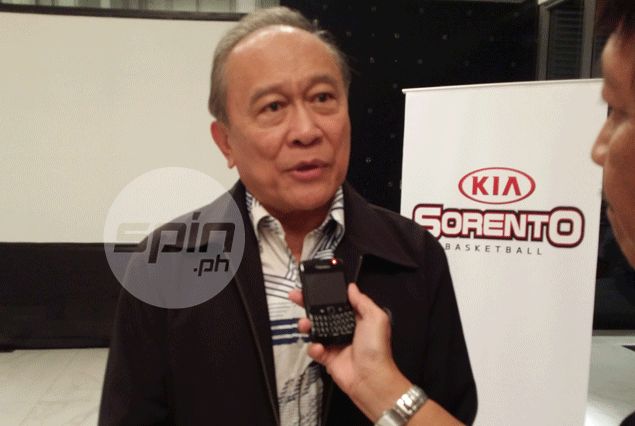