ALLEIN Maliksi wants out of Star?

Talk that the versatile wingman is no longer happy with the Hotshots and is in fact asking out became rife after Maliksi posted a photo on his Instagram account of a shirt that says, 'Trade Me or Play Me!'

The former University of Santo Tomas standout made it appear his message was no more than a shirt request to his girlfriend Kaye Tan, based on the caption that goes, "Babe, buy me please!'

However, persons close to the dribbler from Kalookan City confirmed there is more to the post than the caption reveals, and that the shirt basically captures Maliksi's feelings at the moment.

Maliksi has made himself scarce since posting the image a couple of days ago and has in fact taken down the picture just a few hours after posting it on Instagram.

But sources said the 28-year-old is very frustrated after playing a grand total of six-and-a-half minutes in the Hotshots' first two games of the season under new head coach Jason Webb.

Last season, Maliksi was a key part of former coach Tim Cone's rotation at Star, appearing in 37 games - two as a starter - and compiling averages of 6.1 points 2.0 rebounds in 13.9 minutes a game.

Maliksi has sat out most of the 2013-2014 season due to a knee injury but is coming off a strong offseason, the reason he is expecting to break out behind James Yap, PJ Simon and Alex Mallari in the two-guard position.

Instead, his disenchantment grew, a source said, when he was played briefly in the first half of the game against Ginebra on Sunday and was almost in and out of the match in one minute in the second half.

A member of the Star coaching staff tried to pacify the player, a source added, by explaining that 'match-ups' dictated Webb's rotation in the game against the Kings.

Maliksi has been summoned to a meeting with Webb after Star's afternoon practice on Tuesday, which officials hope could diffuse the tension.

Still, several league sources said a number of teams are interested in the do-it-all forward, among them NLEX. 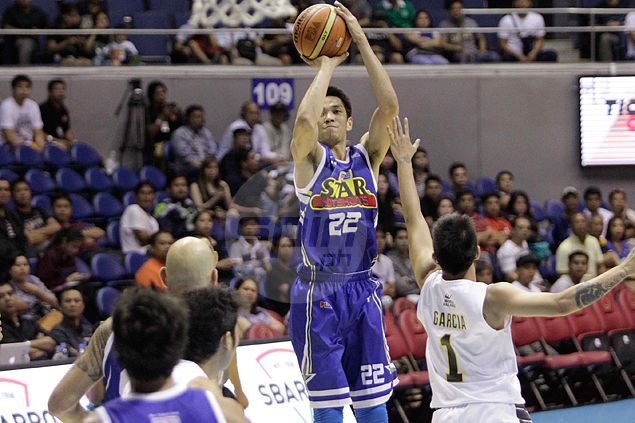