WATCHING from the sidelines, Magnolia's WAGS (wives and girlfriends) find strength in numbers as they storm the heavens for the underdog Hotshots in the PBA Philippine Cup Finals against San Miguel.

With the Hotshots fighting for dear life at 1-3 down in the best-of-seven championship series, the team's supportive wives and girlfriends turn into prayer warriors at ringside.

Newly crowned Miss Philippines Supranational Jezha Huelar is also the No. 1 cheerleader of her fiancee PJ Simon and turns to prayer when the action heats up on the floor.

“I just always pray and I always want him to be safe and healthy lang,” said Huelar.

Unlike the wives and girlfriends of active players, Cindy Patrimonio and Danica Sotto-Pingris are calmer.

Cindy, wife of former Purefoods star and now team manager Alvin Patrimonio, is no longer as intense when watching the games compared to when her four-time MVP husband was still playing.

Danica still shows up during games even if her husband Marc Pingris is sitting on the bench due to ACL injury. More than anything else, she prays for all the players' safety.

But Rubie Lee and Ruselle Barroca, who have been with their husbands since their college days, do not mind cheering all out for the Hotshots. 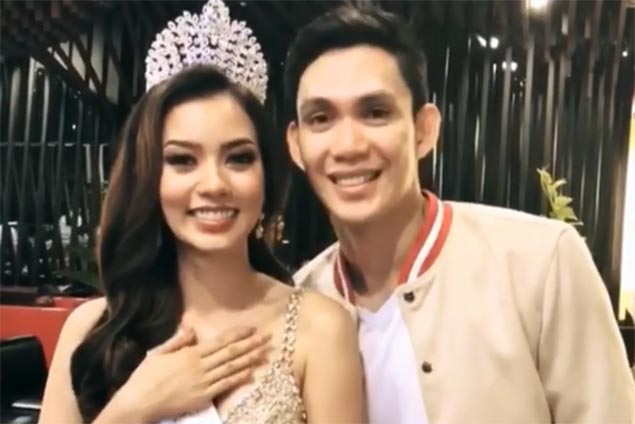