IAN Sangalang scored off a Paul Lee feed at the buzzer to give Magnolia an 84-82 win over Alaska in a thrilling finish to their 2021 PBA Philippine Cup tiff at the Ynares Sports Arena in Pasig City.

The Pambansang Manok Hotshots executed the last play to perfection as they join Rain or Shine and Meralco on top of the team standings with a 2-0 card.

Sangalang topscored for Magnolia with 26 points, capping it off with the game-winner. Lee added 16 points and two assists, his last one the most important of the ballgame. 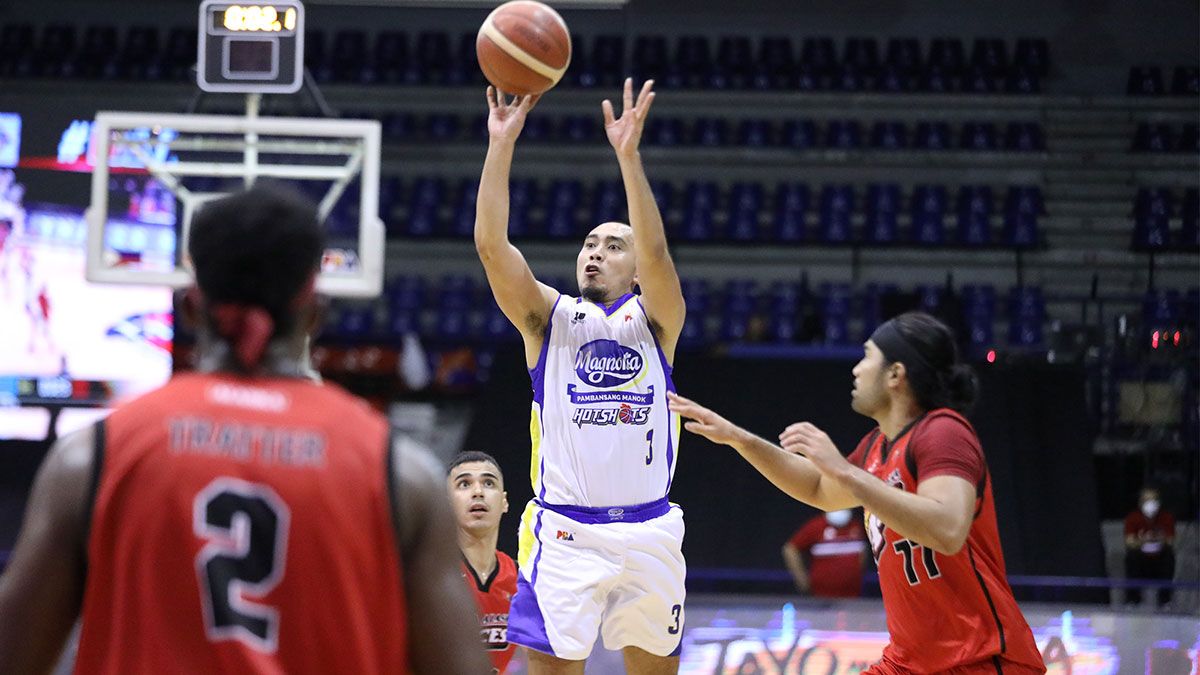 Magnolia won after a last-minute change in schedule after its original opponent TNT entered the health and safety protocols of the league.

“Sa start pa lang, sinabi ko na this is not an easy game. We have to be committed on this game because it’s hard. We only had one-week preparation. We need to adjust right away. But no excuses na nagpalit ang kalaban,” said Magnolia coach Chito Victolero.

Sangalang saved the night for Magnolia Pambansang Manok as it appeared headed for a defeat after Robbie Herndon converted on a triple, 82-80.

Sangalang actually scored the last four points of the game including the lay-up that tied the match with 54.3 seconds left.

Magnolia got the stop it needed as Rome Dela Rosa stole the ball from Yousef Taha on Alaska’s possession to set up the game-winner.

The loss spoiled Taha’s effort after finishing with 20 points, notching a career-high for the second consecutive game.