MAGNOLIA survived a fiery Barangay Ginebra rally and the ejection of Calvin Abueva to hack out an all-important 89-84 win and get back on track in the PBA Season 47 Philippine Cup.

A clutch trey by Rome Dela Rosa at the final 1:45 mark restored order for the Hotshots as the lead went back to five points after the Kings came to within 86-84 in the fiercely fought match at the MOA Arena.

Ginebra failed to score from there, allowing the Hotshot to take the win for a 2-3 [win-loss] record.

Ian Sangalang battled Ginebra's Twin Towers of Japeth Aguilar and Christian Standhardinger and got the better of the match-up as he finished with a game-high 24 points and nine rebounds.

He had eight in the fourth quarter alone and took charge for the Hotshots shortly after Abueva's ejection.

“We talked about the adversities, we talked about the challenges. We played three games in the last five days and we played against elite teams. Our goal is two out of three and yun naman ay nagawa namin,” said coach Chito Victolero. 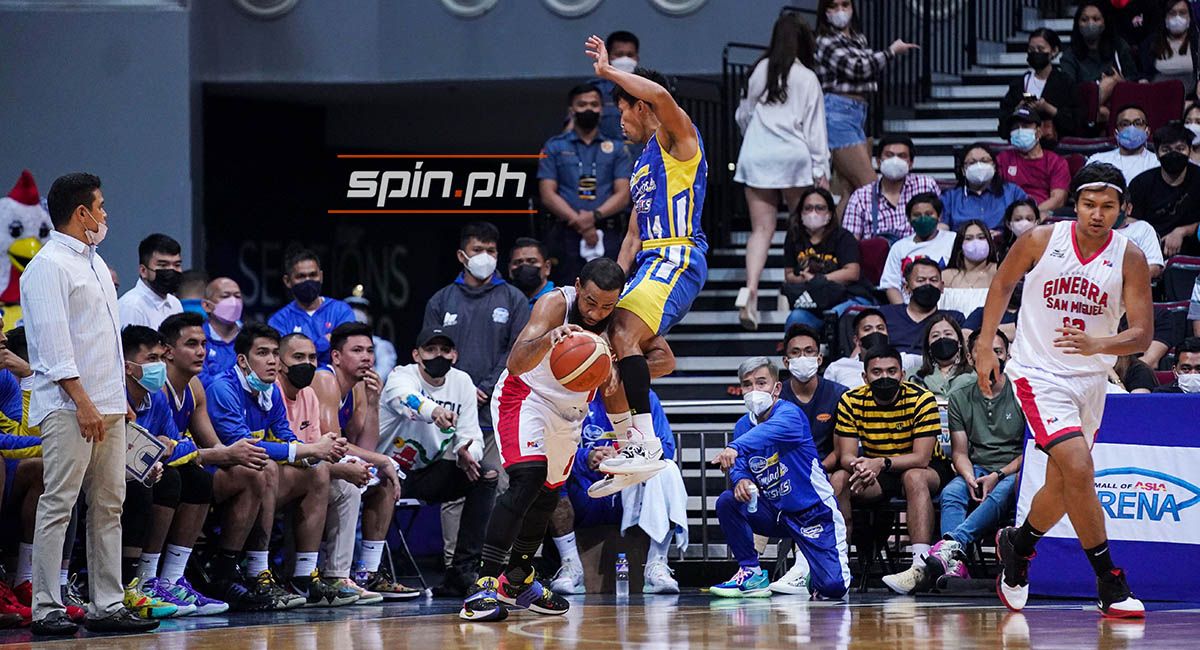 “We’ve been here before and I know these guys. Ang tatagal na naming magkakasama. They will not back down and they will keep on pushing.”

That’s what the Hotshots did despite missing injured players Paul Lee and Rafi Reavis and having to finish the game without the ejected Abueva.

Jio Jalalon stepped up in the absence of Lee hitting six of his 19 points in the final quarter and had six assists including one in the play that made Dela Rosa’s dagger trey possible.

Ginebra, who lost Stanley Pringle to injury in the third quarter, went down to its first loss this season for a 2-1 record after battling back from a 14-point deficit in the third period.

LA Tenorio led the team’s charge with 15 points, Scottie Thompson added 13 markers, eight rebounds, and five assists, while Aguilar had a double-double of 12 points and 10 rebounds.

The Kings appeared to have gained momentum following Abueva’s ejection as Arvin Tolentino completed a rare four-point play and Christian Standhardinger scored on a driving layup to knot the count at 82-all with 4:42 to play.

But the Hotshots wouldn’t blink as Aris Dionisio and Jalalon came through with four straight points to put the team back on top, before Standhardinger cut down the deficit to 86-84 inside the final two minutes.

It proved to be the final stand of the Kings.